It’s 41F with some scattered clouds glowing orange before the sun comes over the mountains. The weather looks nice right now, bu it’s supposed to start getting colder and messier over the next two weeks.

Yesterday was a long day. I had both newsletter stuff to accomplish and cooking and in between was doing a little research on my doll project….which is going *nowhere*! I had to wait for Tempus to finish his stuff in the kitchen and then I started in, making a mushroom cream chicken dish to go over noodles and some vegetables in a butter sauce just for the evening, but starting the baking for the dinner tomorrow.

I make a 3 color yam/sweet potato dish each year, because it’s easy, but those have to be baked ahead. The candied carrots and the stuffing have to be set up. The turkey takes the majority of the day on Thursday, so the other dishes need to be pre-cooked, so they just need to be warmed…. all but the stuffing, that is, because I always set it up, all but the turkey juice and giblets and that goes in for the last hour because that’s usually all it takes. After the turkey is out, I leave it covered and put in these other dishes.

I got the noodles done, but the chicken took longer than it should have. I think I had more in the casserole than I realized. …and so of course, the noodles got gummy <sigh>. So, we ate and then I took awhile, back with the newsletters, while Tempus put away supper and got out my pie stuff. He offered to do the apples, too, bless his heart.

I managed to get a long talk worked in, with a friend that I often get advice from. I needed it. I’m heartsick over an issue that I can’t do anything about, and I needed to talk to someone about it.

So, next on my list was pies. I set things up and “took a sit” and then got ’em into the oven and took another “sit”. There was just enough filling left over for 3 custard cups, so those are breakfast this morning. When the apples were done, I set up two mince/apple pies and then put the rest of the apples into the nuker to “sauce”. …and took another “sit”. I was going “ow” by then and Tempus was napping.

I finally quit for the night when the mince pies were done and put everything back into the oven without prepping the turkey. I could barely stand and Tempus couldn’t keep his eyes open, so he promised to wake me when he came in after his paper route this morning, which is the huge Thanksgiving Day paper, too.

He just told me, “I haven’t done shot-put since high school!” Apparently it was a *very* heavy paper and he’s almost an hour late coming home. When he gets here the turkey will get prepped and go in and then we’ll go back to bed for a bit!

Today’s ornament is another of the little pillow ornaments that I stitch up from scraps of fabric. This one is a pretty deep green with good stars and green and while snowflakes on it. Again, these make good package tie-ons or lightweight ornaments for little trees. They also work on outdoor wreaths, but make sure they dry out at the end of the season before being stored! Many of these little ornaments come in sets of the same or related fabrics.

Today’s plant is Oregon Iris, Iris tenax. I grew up calling Iris flowers “ladies’ ball gowns”. Local peoples used the tough leaves for making string and rope mostly for snares. – Feminine, Venus, Water – sacred to Iris and Juno, their magicks are used for purification and magicks including 3’s. The three petals stand for faith, wisdom and valor and can be used in magicks to promote these qualities. 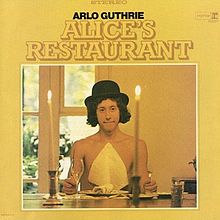 Today is the anniversary of the 1965 “Alice’s Restaurant Massacree” immortalized in the song “Alice’s Restaurant” that became almost an anthem in the late 60’s. The song by Arlo Guthrie hit #17 on the Billboard chart. We usually listen to it on KLCC after the noon news on Thanksgiving, but I heard it Monday night in a 1996 version. More here: http://en.wikipedia.org/wiki/Alice%27s_Restaurant

The shop is closed today for the holiday! We’ll be open regular hours on Friday. Winter hours are 11am-5pm Thursday through Monday. Need something off hours? Give us a call at 541-563-7154 or Facebook or email at ancientlight@peak.org If we’re supposed to be closed, but it looks like we’re there, try the door. If it’s open, the shop’s open! In case of bad weather, check here at the blog for updates, on our Facebook as Ancient Light or call the shop.

The Moon is a Waning Crescent moving into Hecate’s Brooch at 4:22am. Waning Moon Magick – From the Full Moon to the New is a time for study, meditation, and magic designed to banish harmful energies and habits, for ridding oneself of addictions, illness or negativity. Remember: what goes up must come down Phase ends at the Tide Change on 11/29 at 4:22pm. Waning Crescent Moon–Best time for beginning introspective magicks that are more long term (full year cycle) A good time for beginning knot magicks to “bind up” addictions and illness (finish just before the Tide Change of Dark to New) and “tying up loose ends” God/dess aspects – Demeter weeping for her Daughter, Mabon, Arachne Tyr. Phase ends 11/28 at 4:22am.
Hecate’s Brooch – 3-5 days before New Moon – Best time for Releasing Rituals. It’s the last few days before the new moon, the time of Hecate’s Brooch. This is the time that if you’re going to throw something out, or sweep the floors, or take stuff to Good Will, do it! Rid yourself of negativity and work on the letting go process. Release the old, removing unwanted negative energies, addictions, or illness. Do physical and psychic cleansings. Good for wisdom & psychic ability. Goddess Aspect: Crone Associated God/desses: Callieach, Banshee, Hecate, Baba Yaga, Ereshkigal, Thoth. Phase ends on 12/1 at 4:22am. 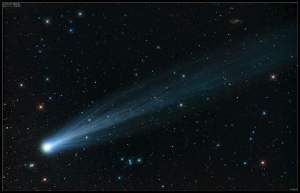 Thursday, Nov. 28, 1:42 p.m. EST – Comet ISON at perihelion – Comet ISON comes perilously close to the sun today, skimming only 724,000 miles (1,165,000 km.) above its surface.
Comet ISON comes to perihelion around 2 p.m. EST (19h UT). It’svery unlikely to be bright enough to be detectable in the Sun’s immediate glare. If you want to try, don’t harm your eyes! Put the Sun behind something like a building corner or a streetlight fixture, not your wiggling finger. The apparent location of the comet will be within one solar diameter of the Sun’s edge from about noon to 3 p.m. EST. The comet swings from due south of the Sun at 12:30 p.m. EST to closely southeast of it at 1:30 p.m. EST, due east at 2:20 p.m. EST, and farther northeast for several hours thereafter.
It looks like NASA is doing a live coverage webcast at 10am our time WATCH LIVE THURSDAY: Comet ISON Buzzes the Sun – NASA Webcast @ 1 p.m. ET http://www.space.com/17933-nasa-television-webcasts-live-space-tv.html

Meanwhile, Comet Lovejoy C/2013 R1 remains much higher and easier to see in binoculars before dawn even begins. It’s 5th magnitude and south of the Big Dipper. Use our finder chart.

The waning Moon shines near Spica in the dawn Friday morning.

Neptune (magnitude 7.9, in Aquarius) is visible in Aquarius all evening, setting around midnight. Finder charts for Uranus and Neptune – http://www.skyandtelescope.com/observing/highlights/Uranus-and-Neptune-in-2013-190064991.html

Ruis/Elder, Nov 25 – Dec 22 – Ruis – (RWEESH) Celtic tree month of Ruis (Elder) commences (Nov 25 – Dec 22) – Like other Iron Age Europeans, the Celts were a polytheistic people prior to their conversion to (Celtic) Christianity. The Celts divided the year into 13 lunar cycles (months or moons). These were linked to specific sacred trees which gave each moon its name.
Elder or Elderberry (Sambucus) is a genus of fast-growing shrubs or small trees in the family Caprifoliaceae. They bear bunches of small white or cream coloured flowers in the Spring, that are followed by bunches of small red, bluish or black berries. The berries are a very valuable food resource for many birds.
Common North American species include American Elder, Sambucus canadensis, in the east, and Blueberry Elder, Sambucus glauca, in the west; both have blue-black berries.
The common European species is the Common or Black Elder, Sambucus nigra, with black berries.

The common elder (Sambucus nigra L.) is a shrub growing to 10 m (33 feet) in damp clearings, along the edge of woods, and especially near habitations. Elders are grown for their blackish berries, which are used for preserves and wine. The leaf scars have the shape of a crescent moon. Elder branches have a broad spongy pith in their centers, much like the marrow of long bones, and an elder branch stripped of its bark is very bone-like. The red elder (S. racemosa L.) is a similar plant at higher elevations; it grows to 5 m (15 feet). Red elder extends its native range to northern North America, and it is cultivated along with other native species, but common elders are seldom seen in cultivation. Elders are in the Honeysuckle family (Caprifoliaceae).

Affirmation/Thought for the Day – And… At the end of your days, be leaning forward – not falling backwards.

Journal Prompt – Persuasive – Think of something you value highly, that you wish your parents valued, too. Write a letter that will persuade them of its value.

~  Perfection consists not in doing extraordinary things, but in doing ordinary things extraordinarily well. – Angelique Arnauld
~  The desire of power in excess caused the angels to fall; the desire of knowledge in excess caused man to fall; but in charity (love) there is no excess, neither can angel or man come in danger by it. Francis Bacon – Essays: Of Goodness
~  If a woman has to choose between catching a fly ball and saving an infant’s life, she will choose to save the infant’s life without even considering if there are men on base. – Dave Barry
~  There is no friendship, no love, like that of the parent for the child. – Henry Ward Beecher (1813 – 1887)

In the darkness I reach for light,

Twas The Night of Thanksgiving

The leftovers beckoned-
The dark meat and white
But I fought the temptation
With all of my might.

Tossing and turning,
with anticipation,
The thought of a snack,
Became infatuation.

So, I raced to the kitchen,
Flung open the door,
And gazed at the fridge,
Full of goodies galore.

I gobbled up turkey,
And buttered potatoes,
Pickles and carrots,
Beans and tomatoes.

I felt myself swelling,
So plump and so round,
’til all of a sudden,
I rose off the ground.

I crashed through the ceiling,
Floating into the sky,
With a mouthful of pudding,
And a handful of pie.

But, I managed to yell,
As I soared past the trees…
“Happy eating to all-
Pass the cranberries, please”.

May your stuffing be tasty,
May your turkey (or tofu) be plump,

May your potatoes ‘n gravy,
Have nary a lump.

May your yams be delicious,
May your pies take the prize,
May your Thanksgiving dinner,
Stay off of your thighs.

TODAY: CONSIDERABLE AMOUNTS OF TURKEY WILL DEVELOP BY AFTERNOON, WITH AVERAGE TEMPERATURES OF BETWEEN 350 TO 400 DEGREES. A HEAVY ACCUMULATION OF CRANBERRY SAUCE AND STUFFING WILL LIKELY ACCOMPANY THE TURKEY BY LATE IN THE DAY. PROBABILITY OF FOOTBALL GAMES WILL RISE TO 100 PERCENT THIS AFTERNOON.

TONIGHT: RESIDUAL SWEET AND MASHED POTATOES, ALONG WITH A FLOOD OF GRAVY . . . ESPECIALLY IN POOR DRAINAGE AREAS. PROBABILITY OF FOOTBALL GAMES WILL DIMINISH TO NEAR ZERO BY EVENING.

TOMORROW: A LONG FRONTAL LINE IS EXPECTED TO STALL IN THE VICINITY OF MOST DEPARTMENT STORES AND SHOPPING CENTERS. STILL A GOOD CHANCE OF LINGERING TURKEY OR ISOLATED STUFFING.

SATURDAY: RESIDUAL TURKEY ACCOMPANIED BY DRIFTING AREAS OF MAYONNAISE IN SOME SPOTS.

LONG RANGE OUTLOOK FOR SUNDAY: STILL A CHANCE OF SOME LEFTOVER TURKEY, ACCOMPANIED ONCE AGAIN BY AN INCREASING RISK OF FOOTBALL.