It’s 50F in bright sunshine with some high cloud. It’ was in the upper 30’s with frost when I first got up. There”s been some breeziness off and on, but it’s quite still, now.

Yesterday was a long day, again, but they feel long when you’re already tired. I’m still not quite back to normal after the efforts of the last two weeks. I 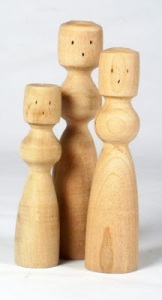 ‘m going to take it easy today and see if I can get myself closer to normal.

…and I promptly side-tracked myself into a long loop about Bartholomew Babies >>> , a particular type of doll from the late Medieval into the Renaissance. Dolls weren’t called that up until the 1700’s at the earliest, but “babies” and “poppets”.

So, I did get some stuff done, yesterday, mostly putting things away. Some self-heal had finished drying and got bottled and onto the shelf, some comfrey and violets were put up to dry. I sorted a whole *stack* of scraps for small bags and then tried to find all of my needles. I got to the point of wanting to scream. How does stuff scatter so far afield?

Finally the work day was over and we had class, which went quite well, although I had to quit around 8:30, just too tired. We closed up and came home. The stars were brilliant and the lovely Moon floating above us near the Pleiades. I went to sleep thinking about that view.

Today I did get up at the normal time, but crawled back into bed, getting back up around 10 and then getting sidetracked. I have a House Capuchin post to finish from last week and then I’ll be getting into filling in the newsletter files, which are kinda depleted. I gotta get ahead on those over the next month, hopefully filling in will into the fall, so I don’t have to work on those when the shop goes crazy. We’re also going to pick up an exercycle for me, that hopefully will help me get my wind back.

Today’s plant is the Pacific Blackberry, Rubus ursinus. There are several species of blackberries that grow in the PNW, the nasty invasive one being the Himalayan blackberry, Rubus armeniacus. Here are pictures so that you can compare the blossoms, ursinus on the left and armeniacus on the right. Ursinus (from the Latin for “bear”) also has narrower leaves and reddish canes. It is the ancestor of Marionberries, Boysenberries & parent of Loganberries, too. Feminine, Venus, Water, Brigit, Healing, Money, Protection – Carry leaves for money, use blackberry leaves in spring water as healing for burns, in incense for Lughnasadh. http://en.wikipedia.org/wiki/Pacific_blackberry

Dragobete is a spring festival of Romania, rather like secular Easter customs and Valentine’s day in one package. http://en.wikipedia.org/wiki/Dragobete  “Dragobete is a traditional Romanian holiday originating from Dacian times and celebrated on February, the 24th. Specifically, Dragobete was the son of Baba Dochia, which stands for the main character in the pagan myth related to spring arrival and the end of the harsh winter.”

“The day is particularly known as “the day when the birds are betrothed”. It is around this time that the birds begin to build their nests and mate. On this day, considered locally the first day of spring, boys and girls gather vernal flowers and sing together. Maidens used to collect the snow that still lies on the ground in many villages and then melt it, using the water in magic potions throughout the rest of the year. Those who take part in Dragobete customs are supposed to be protected from illness, especially fevers, for the rest of the year. If the weather allows, girls and boys picksnowdrops or other early spring plants for the person they are courting. In Romania, Dragobete is known as a day for lovers, rather like Valentine’s Day.” 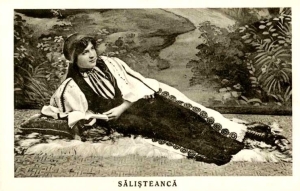 “It is a common belief in some parts of Romania that, during this celebration, if you step over your partner’s foot, you will have the dominant role in your relationship. Dragobete customs vary from region to region.

In neighbouring Bulgaria, the custom of stepping over one’s partner’s feet traditionally takes place during weddings, and with the same purpose, but it is not believed to be connected to Dragobete.” 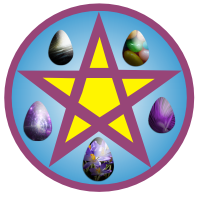 The shop is closed on Tuesday/Wednesday! Winter hours are 11am-5pm Thursday through Monday, although they’re drifting longer into the evening as sunset does. Need something off hours? Give us a call at 541-563-7154 or Facebook or email at ancientlight@peak.org If we’re supposed to be closed, but it looks like we’re there, try the door. If it’s open, the shop’s open! In case of bad weather, check here at the blog for updates, on our Facebook as Ancient Light, or call the shop.

Waxing Moon Magick – The waxing moon is for constructive magick, such as love, wealth, success, courage, friendship, luck or healthy, protection, divination. Any working that needs extra power, such as help finding a new job or healings for serious conditions, can be done now. Also, love, knowledge, legal undertakings, money and dreams. Phase ends on 3/5 at 10:05am. Waxing Crescent phase – Keywords for the Crescent phase are: expansion, growth, struggle, opportunity. It is the time in a cycle that you gather the wisdom learned in the new phase and communicate your intention to move forward. Light a candle. Write or read an affirmation. LISTEN & ABSORB. Commit to your goal. God/dess aspect: Maiden/Youth, energy and enthusiasm Associated God/dess: Artemis & Apollo, Mayet/Djehuti, Freya/Frey. Phase ends at the Quarter on 2/25 at 9:14am.

amateur astronomers is <<< Sirius B, Sirius’s white-dwarf companion. The pair has been widening for the last two decades, and now Sirius B stands a good 10.7 arcseconds to Sirius’s east. To try to extract it from the dazzlement of the 10,000-times-brighter primary star, see the tips and tricks in the March Sky & Telescope, page 50.
A much easier white dwarf is Omicron2 Eridani B, also described there and also now in the evening sky.

Saturn (magnitude +0.5, at the head of Scorpius >>> ) rises around 2 a.m. It’s best placed in the south as dawn begins. Below Saturn by 8° or 9° is orange Antares. Look 1.6° to Saturn’s lower right in early dawn for Beta Scorpii, magnitude 2.5, a showpiece double star for telescopes. Look much closer just below Saturn for fainter Nu Scorpii, a wider telescopic double.

Runic half-month of Sowulo/ Sigel, 2/12-26 It represents the power of the force of good throughout the world and is the harbinger of victory and ascendancy over darkness. Runic half-month of Teiwaz/Tyr, 2/27-3/13 This is a time of positive regulation, sacrifice and hard work in order to progress.

Affirmation/Thought for the Day – If have something to say, say it with love.

Journal Prompt – Favorites – What is your favorite lie to tell?

~  The last ever dolphin message was misinterpreted as a surprisingly sophisticated attempt to do a double-backwards-somersault through a hoop whilst whistling the ‘Star Spangled Banner’, but in fact the message was this: “So long and thanks for all the fish”. – Douglas Adams in The Hitchhiker’s Guide to the Galaxy
~  Abuse of words has been the great instrument of sophistry and chicanery, of party, faction, and division of society. – John Adams (1735-1826) US President (2)
~  The chief danger in life is that you may take too many precautions. – Alfred Adler
~  Nothing can dim the light which shines from within. – Maya Angelou

Somehow I can’t believe that there are any heights that can’t be scaled by a man who knows the secrets of making dreams come true.  This special secret, it seems to me, can be summarized in four C’s.  They are curiosity, confidence, courage, and constancy, and the greatest of all is confidence, when you believe in a thing, believe in it all the way, implicitly and unquestionably. – Walt Disney

Ostara Magick – Ostara – A good time for spells of love, healing and protection.

Take an egg and, by poking small holes at each end of it, empty it out.  Fill the egg with Cinquefoil leaf and Dogwood, then tape the holes shut.  You can decorate the egg with Runes or symbols of protection, or you can leave it natural. Your home and property will be protected.

Pick a white dandelion puff on the night of the full moon.  Charge the dandelion with a wish, call to the four quarters, and blow your wish into the wind.

Now, a love spell is not to MAKE someone love you, Witches believe that that sort of manipulation of a person is wrong.  Love spells are done to show you your future mate in a premonition, or to draw the right love to you, of their own free will- basically giving Mr. or Mrs. right a gentle push in the right direction.

Read the spell over, gather the ingredients listed, then at night before you go to sleep, recite the spell and perform the actions as you recite them:

Of violets and Lavender, take each a few,
Enclose them with Myrtle of dark green hue.
Make them in a posy, small and round and bright,
May you see your true love in your dreams tonight.

Toss crushed eggshells into the garden and say:
For fairy, for flowers, for herbs in the bowers,

Eat an egg you have empowered with a quality you desire.

Bless some seeds with a wish. Plant them, and as they come up, the wish is fulfilled