Here in Seattle it’s 65F and what I can see of the sky is a pretty blue, although the computer weather says it’s mostly cloudy. At home it’s 60F with wind gusts getting into the teens, mostly clear and the shop is open. We just got a text from Ruth.

…and most of this text is reproduced here on the wedding page. http://wp.me/P2xgQ8-68H

Yesterday was pretty awful. We got up in plenty of time, but this took longer and that took longer and we weren’t properly packed so we had to go to the shop and *that* took longer…. <sigh> I was pretty frantic by the time we got going at 4:30…and then we had to go to the PO, stop at the apartment for some things that we forgot and then pick up some food for the trip…. you get the picture. I think we were finally on rt 20 headed east before 6pm… I think…

I ended up carsick, even worse. <sigh> That meant that I wasn’t all that talkative early on in the trip. I was finally starting to get somewhat past it as we hit Corvallis, at least enough to realize that the pink “clouds” over the Cascades was smoke from the fires! Wow….

Clouds were the amazing thing pretty much the whole trip. When we were at home while I was waiting for Tempus I watched polka-dotted stripes of cloud that were oriented north/south sliding northeast, with a determined southward march of small puffy grey bits that looked like leftover for heading directly south below them with mackerel sky, way up high. I have no idea where the small bits were coming from, either. There seemed to be clumps over the Coast Range, but it petered out before we got to the Yaquina Bay.

I was amazed/appalled by the smoke in the Valley. We certainly weren’t near the worst of it, but I see why one of my friends had a respirator on when she was watching the eclipse on Monday (she works in Grants Pass) if it was that bad up here. The clouds in the Valley were oriented north/south in stripes as well, but these were pretty solid. As the sun lowered everything went a pink/gold color that seemed lurid, just wrong. It didn’t make the trees fluoresce the way they normally do at that time of the day.

We got gas where 20 hits I-5 and then headed north. It was a spectacular sunset, but I had a sore throat, which gradually resolved itself the farther north we went. We chatted about all kinds of things from politics to food to war heroes and statues. We were late enough to miss most of the Portland traffic, but wow did we hit it in Tacoma! They’re doing some kind of roadwork and it was down to one lane. We only stopped twice after gas, once for a bathroom and once to text someone.

Ambient light pollution really changed the look of the sky after dark. It was pretty dark by the time we crossed into Washington, with only left-over sunset in the west, clear of smoke. I’m used to either nice dark skies or lighter cloud, but the clouds were brighter than the sky. Around Tumwater there was just glow over town, but in Tacoma, the clouds were reflecting the light right back. After the traffic nightmare we got to the hotel just a little after midnight. Googlemaps “5:15 hours” was definitely not the kind of time we made. 6:30 at best….

We’re in a lovely room in the Silver Cloud Hotel, 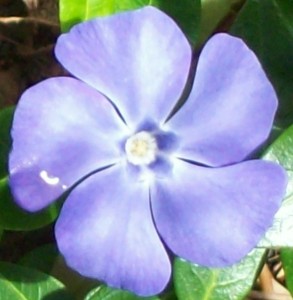 but the parking garage and elevator are a claustrophobe’s nightmare…. I didn’t quite freak out, but we’d been here for about 20 minutes before my heart-rate finally slowed down! I think I’m going to go take a long soak, even if it’s past 1 in the morning.

…and I did. We got up around noon. Tempus is getting a bath, now, and I still need to do my hair. We’re going to have an early dinner with the kiddos and Raven’s family later and then the wedding this evening. I’m excited! 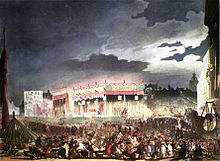 Today’s Plant is Hawthorn, Crataegus monogyna, known as common hawthorn , may, mayblossom, maythorn, quickthorn, whitethorn, motherdie, and haw. It has edible buds, flowers and fruits, which are full of antioxidants . Particularly sacred to the month of May and to Beltane, it is used extensively as a hedge plant. – Fairy energy, May interfere with digitalis medications. – Masculine, Mars, Fire. – Increases fertility and/or celibacy. Carry on a fishing trip to ensure good catch. Brings happiness to the troubled or depressed. Protects house against lightning and storms, evil ghosts may not enter. In cradles to guard from evil spells. Most Witch’s gardens contained a hawt hedge. Sacred to the fairies, and is part of the tree triad of Britain. More on this species:http://en.wikipedia.org/wiki/Common_hawthorn More on the genus Crataegus here:http://en.wikipedia.org/wiki/Crataegus

The shop is open Thursday through Monday, although we’re there a lot later most nights. Need something off hours? Give us a call at 541-563-7154 or Facebook or email at ancientlight@peak.org If we’re supposed to be closed, but it looks like we’re there, try the door. If it’s open, the shop’s open! In case of bad weather, check here at the blog for updates, on our Facebook as Ancient Light, or call the shop.

Waxing Moon Magick – The waxing moon is for constructive magick, such as love, wealth, success, courage, friendship, luck or healthy, protection, divination. Any working that needs extra power, such as help finding a new job or healings for serious conditions, can be done now. Also, love, knowledge, legal undertakings, money and dreams. Phase ends at the Tide Change on 9/6 at 12:03am. Diana’s Bow – On the 3rd day after the new moon you can (weather permitting) see the tiny crescent in the sky, the New Moon holding the Old Moon in her arms. Begin on your goals for the next month. A good time for job interviews or starting a project. Take a concrete step! God/dess aspect: Daughter/Son/Innocence – Associated God/dess: Vesta, Horus. Phase ends on  8/25 at 11:30pm.

….and then the Moon reappears in the evening sky as a waxing crescent, retreating farther

from our sunward line of sight every day. (The Moon here is positioned for the middle of North America; your aspect may vary a bit.) After causing so much fuss on Monday, the Moon now gleams shyly low in the west after sunset, as shown here. Almost a fist-width to its left is Jupiter, and fainter Spica is farther left or lower left.

Jupiter (magnitude –1.8, in Virgo) is very low in the west-southwest during twilight. Look for fainter Spica (magnitude +1.0) 5° left or lower left of it. Binoculars help.

Affirmation/Thought for the Day – Let the truth shine through appearances.

Journal Prompt – Favorites – Which decade of clothing fashion was your favorite and least favorite?

~  The mind that is anxious about the future is miserable. – Lucius Annaeus Seneca
~  The two most powerful warriors are patience and time. – Leo Tolstoy
~  There are hundreds of languages in the world but a smile speaks them all. – Unknown
~  Time is not a road- it is a room. – John Fowles

There is a brokenness out of which comes the unbroken, a shatteredness out of which blooms the unshatterable. There is a sorrow beyond grief which leads to joy and a fragility out of whose depths emerges strength. There is a hollow space too vast for words through which we pass with each loss, out of whose darkness we are sanctioned into being. There is a cry deeper than all sound whose serrated edges cut the heart as we break open to the place inside which is unbreakable and whole, while learning to sing. –Rashani

This special cake is baked in honor of Saint Phanourios, a kindly saint who helps lovers find one another and is called upon to locate missing objects. Before you bake the cake, say:

Saint Phanourios, may your mother be blessed with eternal peace as you come to my aid.

Beat oil and sugar for 10 minutes or until creamy. In a separate bowl dissolve baking soda in orange juice (this has a tendency to foam over). Add flour, raisins, and nuts. Pour in an ungreased bundt pan or 9×13 cake pan. Bake 45 minutes at 350º F or until a toothpick inserted in the center comes out clean.

More info about the Saint whose feast day is 8/27. http://www.orthodox.net/recipes/st-phanourios-story-prayer-to-bread-recipes.html

Serve with butter or cream. This can be back in mini-loaf pans to make cutting up and serving easy.

Tip: You can use nutmeg instead of cinnamon or 1 tsp ground ginger instead. Grate nutmeg on top or use candied ginger, too.

Silliness – Bumper Snickers – Be nice to your kids. They’ll choose your nursing home.