It’s clear and a lot cooler than yesterday, 62F with the wind in the mid-teens. The humidity is back up to 72F and we have clouds moving in later, then rain in the forecast tonight and through the weekend, with a couple of clear days, mid-week, and then more rain for next weekend.

Yesterday was startlingly hot. I suppose mid-80 temps are the norm for summer in most places, but not here! We didn’t leave the apartment until past 2 and I got my shower, then we headed for the shop to scrabble things together for our trek down to Coos Bay. I was dropping off an order, picking up some stuff of ours that had gotten parked with one of the couples down there and getting the pieces of a project, that I’m going to be working on over the next several months.

We had a good drive down, although Tempus had to run a couple of errands that I didn’t know about and it made us later than we’d planned. One of them was to get brake fluid and get it into the car!

The sun was bright and in our faces most of the way there, although directly only when  the road was very winding and turned us that way. There was a pod of whales blowing offshore that I saw at one point. Everywhere

there were signs of the changing season, with leaves blowing across the road, plants having gone to seed and no longer flowering, grasses browning and bending down. The flowering baskets that North Bend has on the main roads are gorgeous, though.

The meeting was at Mossy Rose in North Bend. They have a fascinating shop with all kinds of fancy clothing, scarves, shawls, shells, and all kinds of decor. One lady was making a costume for a teddy bear, another was crocheting small bags of coarse wool. A

set of people were having a planning session. I was sewing. There was a spinning wheel going behind me and a fellow doing the stitching on a pair of roman-style hobnail sandals. We got the Mab’s Creations order taken care of just about first, and then Tempus pulled out some of the pickled cabbage to hand around to folks. Some of them loved it and some of them turned up their noses at cabbage of any type. 🙂

When the folks with kids started heading home, we did, too, since we had a long drive and I was worn out from being so hot and sticky. I snoozed off and

on for the first part of the trip, but after we stopped for gas in Florence I was awake the rest of the way, although tired. The sky was bright from the 1/2 Moon, making the tree silhouettes plain on the inland hills. There was a lovely moon track on the water. The Big Dipper was level, unlike the way I had seen it in the morning, standing on its tail. We got to see the light from Heceta Head sweeping across the trees.

When we got home we stood outside for a bit, admiring the sky. The Moon was nearly set and Cygnus high overhead flying along the river of the Milky Way. Our anniversary stars, the Pleiades, that are first plain in the evening in late September, were what we were looking at most, though. We smiled at each other, smooched and went in to rest, since it was already pretty late.

We got moving a little late this morning. It was 10:50 when Tempus woke me and he had to go grab laundry before we headed out. I have my basket liner back, so that’s going to be one of today’s tasks. We took a couple of minutes to watch a satellite launch from Baikonur… and Tempus’ b-day present just showed up. FedEx just dropped it off. Cool!

I have a mushroom that I took a spore print from to cut up to dry, first thing, herb packaging is next, and I might get to make some dumplings from the semolina flour for supper. Sewing this evening will depend on who’s here. If I’m by myself I have some mending to catch up on, otherwise I’ll be doing handwork. 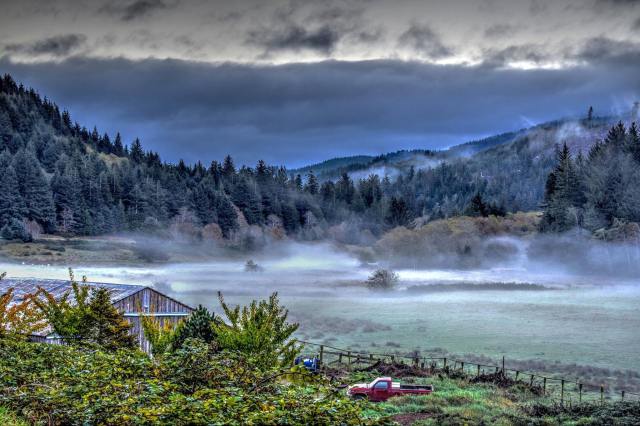 Today’s plant is the Rhododendron genus, specifically the wild rhodys that we have out here, the Pacific rhododendron, Rhododendron macrophyllum. Rhodys have native forms in much of the world (not South America or Africa) They are one of the showiest of the flowers with hybrids and cultivars all over the place, including the azaleas which fall into this genus, but there are some that you wouldn’t recognize, having almost no flowers at all! The plant is toxic to many animals and honey made from some of plants will make you ill.  http://en.wikipedia.org/wiki/Rhododendron Our rhodys out here are lovely during their bloom time, when you see a hit of pink here and there along highways and trails and in the woods and then within days drifts and swathes and whole hillsides are pink! It’s a hardy plant, which grows well in disturbed places, particularly areas that were burned over. It will re-grow from the scorched roots!  http://en.wikipedia.org/wiki/Rhododendron_macrophyllum – There aren’t any magickal references to rhododendrons that I’ve found, which doesn’t make any sense, since at least the cultivated ones are all over! Azaleas stand for Temperance in the language of flowers. Yellow rhododendron, native to Siberia, is use for rheumatism, gout and syphilis. My personal uses for them are for glamourie, beauty and outward show, but also for the learning to make these unnecessary by creating inward beauty and serenity. When these flowers are in season I use the fresh ones as a “notice me!” spell.

The Thesmaphoria is an ancient festival in honor of Demeter celebrated in Greece. This festival appears to predate the worship of the Olympian gods. More info here:  http://en.wikipedia.org/wiki/Thesmophoria

The shop is open 11-7pm Thursday through Monday, although we’re there a lot later most nights. Need something off hours? Give us a call at 541-563-7154 or Facebook or email at ancientlight@peak.org If we’re supposed to be closed, but it looks like we’re there, try the door. If it’s open, the shop’s open! In case of bad weather, check here at the blog for updates, on our Facebook as Ancient Light, or call the shop.

Waxing Moon Magick – The waxing moon is for constructive magick, such as love, wealth, success, courage, friendship, luck or healthy, protection, divination. Any working that needs extra power, such as help finding a new job or healings for serious conditions, can be done now. Also, love, knowledge, legal undertakings, money and dreams. Phase ends at the Tide Change on 10/5 at 11:40am. Waxing Gibbous Moon – From seven to fourteen days after the new moon. For spells that need concentrated work over a ¼ moon cycle this is the best time for constructive workings. Aim to do the last working on the day of the Full moon, before the turn. Keywords for the Gibbous phase are: analyze, prepare, trust. It is the time in a cycle to process the results of the actions taken during the First Quarter. During this phase you are gathering information. Give up making judgments; it will only lead to worry. Your knowledge is incomplete. Laugh. Analyze and filter. LOOK WITHIN. God/dess aspect: Maiden/Youth, but in the uncommitted phase, the Warriors – Associated God/desses: Dion, Dionysius, Venus, Thor. Phase ends at the Full on 10/3 at 11:40pm.

By week’s end, big macho Venus is closing right in on delicate little Mars, low in the eastern dawn. 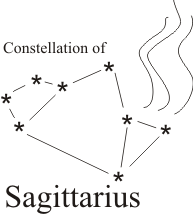 Now the Moon shines above the Teapot’s handle at nightfall.

Jupiter (magnitude –1.7) is disappearing into the sunset. Use binoculars or a low-power, wide-field scope to try for it just above the west-southwest horizon during bright twilight.

Runic half-month of Gebo/ Gyfu – Sept 28-Oct 12 – Gyfu represents the unity that a gift brings between the donor & recipient. It is a time of unification, both between members of society and between the human and divine. Nigel Pennick, The Pagan Book of Days, Destiny Books, Rochester, Vermont, USA, 1992, p. 102 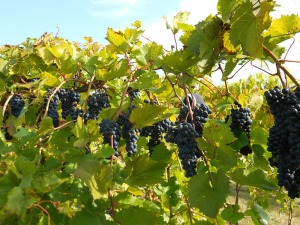 Celtic Tree Month of Muin/Vine  Sep 2 – 29 – Muin  – (MUHN, like “foot”), vine – The grape (Vitis vinifera L.) is a vine growing as long as 35 m (115 feet), in open woodlands and along the edges of forests, but most commonly seen today in cultivation, as the source of wine, grape juice, and the grape juice concentrate that is so widely used as a sweetener. European grapes are extensively cultivated in North America, especially in the southwest, and an industry and an agricultural discipline are devoted to their care and the production of wine. Grapes are in the Grape family (Vitaceae).

Gort – (GORT), ivy – Ivy (Hedera helix L.) is also a vine, growing to 30 m (100 feet) long in beech woods and around human habitations, where it is widely planted as a ground cover. Ivy produces greenish flowers before Samhain on short, vertical shrubby branches. The leaves of these flowering branches lack the characteristic lobes of the leaves of the rest of the plant. Like holly, ivy is evergreen, its dark green leaves striking in the bare forests of midwinter. Ivy is widely cultivated in North America. It is a member of the Ginseng family (Araliaceae).

Affirmation/Thought for the Day – I am grateful for the small things in my life!

Journal Prompt – What? – What advice would you give to someone who stole something but now feels guilty?

~  You don’t get what you want in life. You get what you focus on and expect. – Tony Rush
~  All we are is a lot of talking nitrogen. – Arthur Miller (1915-2005) US playwright
~  An army of sheep led by a lion would defeat an army of lions led by a sheep. – Arab Proverb
~  Beware of little expenses. A small leak will sink a big ship. – Benjamin Franklin

And now the autumn season waits,
In mellowing forms of fruitage. – Stephen Henry Thayer (1839–1919) from Songs of Sleepy Hollow and other Poems

On Michaelmas, the feast of Saint Michael is observed in the churches of the West. It is a day to dine on goose for good luck, and in some European nations it’s a time to pay rents and take care of business. In some areas of southern Europe he is invoked when someone wishes to break the curse of the evil eye. He is the Christianized aspect of the god Mars. And he also resembles the Lord of the Wild Hunt, the god force that leads the spirits from the otherworld as they ride horseback across the night skies of autumn and winter. Like the leader of the Wild Hunt, he is not only both warrior and protector, he also receives the souls of the dead. Water and high places such as hills are sacred to Saint Michael. If you need Saint Michael’s aid, it is traditionally done by saying his name out loud three times. Then proceed to ask him for help concerning your specific need. By: James Kambos – Crone’s Corner -Good Fortune Spell

Michaelmas Eve celebrates Michael the Archangel’s defeat of the dragon. Michael symbolizes the Sun, and the dragon, in this context, symbolizes darkness and winter. This tradition is similar to the mummer plays performed at the winter solstice, wherein Saint George defeats the dragon of winter. One custom now is to make a special dragon bread for the family. Eating this bread symbolizes overcoming the dragon.

Mix the ingredients together and bake in a 375-degree oven for twenty-five minutes, or until a toothpick comes out clean.

Allow to cool for five minutes before serving warm. By: Lily Gardner-Butts – )0( From GrannyMoon’s Morning Feast

Heat margarine and sugar together over low heat. Add milk and let
come to a full boil. Remove from heat and add vanilla. Drizzle over the cake.
From MOONCRAFTS online newsletter vol. 36 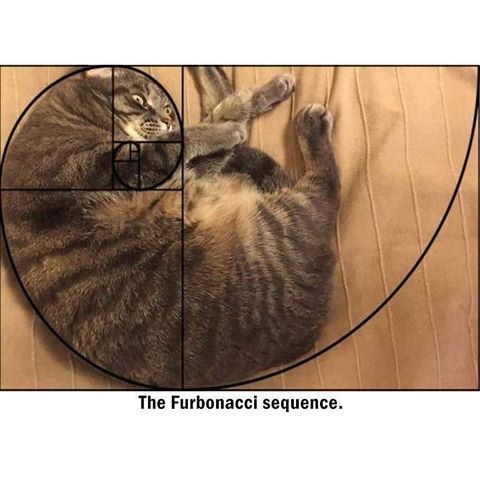