Yes, there are minus tides today, probably between 6:30 and 7pm. When I redo the whole post this evening, it’ll have the full info, but too late. Be careful! Yes, I didn’t have my you-know-what together enough to put the full newsletter out this afternoon.

Open Circle for Imbolc, Friday 2/2 at 7pm at Ancient Light.

51, overcast and almost no wind. None of the local anemometers are showing anything higher than 4mph. That’s really quiet…. We have some rain due in Thursday into Friday, but otherwise not much in the way of storms or anything even 10 days out, even if it’s raining right now.

Yesterday went pretty fast. Tempus ran in and out quite a lot. He got another batch of rolls made and baked and a few things done at the shop. We got some chores done here, and I spent a long while on research on patterns for the little purses that I’m making, trying to find some variations are are useful for my purposes. I also stitched on one that I had started last week and did a little embroidery on some other pieces.

I had fallen asleep when he headed out on the paper route, but he posted his usual notifications since his phone dried out just fine and is perfectly functional again. He had a good, smooth run last night, watching the almost-full Moon until the clouds covered Her up. He stopped in to check up on me to make sure I didn’t want to go, but it was so overcast…. He got home not long after 5. <sigh> I *like* going on the route, but there’s no doubt that it goes faster without me.

I ran in and out once it was nearly time for the eclipse, but other than the changing color of the light on the clouds, I didn’t see anything. The clouds got too thick.

We watched the launch of a satellite from Canaveral that was from Luxemborg as we were waking up this morning. We have chores to do and another batch of bread and I’m still hoping to get those plant buckets outside. I’ll re-do this and put the full newsletter out later, once I’m at the shop or if that goes sideways on me, tomorrow morning. 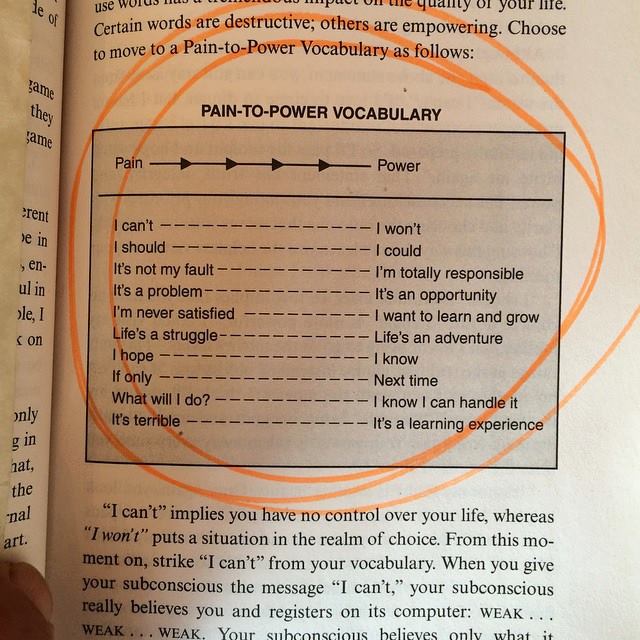 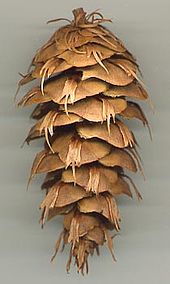 Today’s Plant is the Douglas Fir, Pseudotsuga menziesii, sometimes called Oregon Pine, since it’s actually a pine, not a fir at all. Common as Christmas trees, since they hold their needles better than many other trees, and are one of the better timber trees, growing quickly with a straight grain. Their main use, magickally, is in incense, since the resin has a good sweet scent. – Mars, Air/Fire – Attracting prosperity, purifying ritual areas and new homes, helping “stay the course” during difficult times. A wand or cone kept on the altar wards off evil influences. Carry cones to increase fertility and have a vigorous old age. Floor washes with the oil cleanse a space of negativity and ward off illness. Throw needles into winter fires for protection, or burn as incense for purification and divination. Place branches over the bed to keep sickness away, or to aid the ill. Hang a branch over the main door of your house to ensure continuous joy within.http://en.wikipedia.org/wiki/Pseudotsuga_menziesii 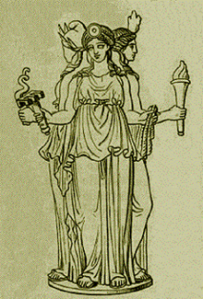 Feast day of Hekate (Hecate), ancient Greece  – “In Greece, this day was celebrated as the Feast of Hecate, known to the Romans as Diana Lucifera. Diana had three manifestations, Luna in the Heavens (the moon), Diana the Huntress on earth, and Diana Ludifera in Hades, the Underworld. Diana was the goddess of the moon and was called Diana Lucifera which means the Bringer of Light. The name Lucifera was also applied to the morningstar Venus. The Christians gave the name negative connotations in their systematic attempts to discredit the Roman gods. The Greeks knew Diana as Artemis, the twin sister of Apollo, and daughter of Zeus and Leto. She was born under Mount Cynthus in Delos and hence was also called Cynthia and Delia. She was the goddess of hunting, carried a bow and quiver like her brother, and was especially fond of music and dance. Diana was never conquered by love, and submitted to no man, hence she was the goddess of a ‘chaste’ moon and, except for her family, tolerated only female companions. Her priestesses were all chaste.” From the Roman Calendar (broken link) More here: http://en.wikipedia.org/wiki/Trivia_%28mythology%29 http://en.wikipedia.org/wiki/Hecate and here:http://www.wilsonsalmanac.com/book/jan31.html

The shop is open 11-5pm Thursday through Monday, although we’re there a lot later most nights.  Need something off hours? Give us a call at 541-563-7154 or Facebook or email at ancientlight@peak.org If we’re supposed to be closed, but it looks like we’re there, try the door. If it’s open, the shop’s open! In case of bad weather, check here at the blog for updates, on our Facebook as Ancient Light, or call the shop.

Waxing Moon Magick – The waxing moon is for constructive magick, such as love, wealth, success, courage, friendship, luck or healthy, protection, divination. Any working that needs extra power, such as help finding a new job or healings for serious conditions, can be done now. Also, love, knowledge, legal undertakings, money and dreams. Phase ends at the Tide Change on 1/31 at 5:27am.  Full Moon – The day of the day before and day after the true Full Moon. “And better it be when the moon is full!”! Prime time for rituals for prophecy, for spells to come to fruition, infusing health and wholeness, etc. A good time for invoking deity. FRUITION Manifesting goals, nurturing, passion, healing, strength, power. Workings on this day are for protection, divination. “extra power”, job hunting, healing serious conditions Also, love, knowledge, legal undertakings, money and dreams. God/dess Aspect: Mother/Abundance/Kingship – – Associated God/desses: Danu, Cerridwen, Gaia, Aphrodite, Isis, Jupiter, Amon-Ra. Phase ends on 2/1 at 5:27pm. Eclipses – Lunar eclipses always occur on the day of the Full Moon. Positive magicks should not be performed in these months until after the eclipse is over. – Associated God/esses: Kali, Shiva the Destroyer. Begins at at 2:51 am. Exact at 5:29 am. Ends at 8:08:29 am. Full info with maps here: https://www.timeanddate.com/eclipse/lunar/2018-january-31 Blue Moon – A blue moon is an additional full moon that appears in a subdivision of a year, the third of four full moons in a season or some other subdivision like an astronomical sign. In 1946 someone misread and since then the 2nd full moon in a month is often called a blue moon. After 7/15, the next one will occur March 31, 2018. The phrase has nothing to do with the actual color of the moon, although a literal “blue moon” (the moon appearing with a tinge of blue) may occur in certain atmospheric conditions; e.g., when there are volcanic eruptions or when exceptionally large fires leave particles in the atmosphere. Waning Moon Magick – From the Full Moon to the New is a time for study, meditation, and magic designed to banish harmful energies and habits, for ridding oneself of addictions, illness or negativity. Remember: what goes up must come down. Phase ends at the Tide Change on 2/15 at 6:42pm.

Runic half-month of Elhaz/Algiz, from 1/28-2/11. This half month: optimistic power, protection and sanctuary.