It’s only really just getting light outside, but it looks like it will be a pretty morning. 47F, wind at 10mph. We’re looking at rain tomorrow and Friday.

At about the time that we were done, a possible new supplier came in.

She has some interesting tiles and jewelry.

She’s coming back next week and we’ll sort out some consigned things.

Tempus headed off to storage to grab some more stuff for Sash, since Nick dropped off a batch of chairs this morning for him, and then in the evening, Tempus drove out to Toledo with the things.

Today we have a lot of chores to do and then we have to get some large pieces sorted in back at the shop. We have the paper route tonight, as well. 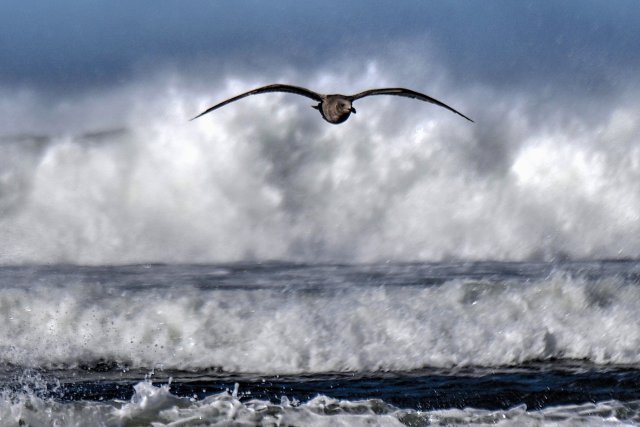 Today’s Plant is the Coast Willow, Salix hookeriana. I’ve been mistaking it for pussy willow ever since I moved out here! Pussy Willows are a subset of the willows which also include osiers (think “wicker” for their uses). They’re all Saliciae from which, salicylic acid, the medicine Aspirin, was derived. Willow magick is Feminine, Moon and Water. Willow wands can be used for healing, to sleep with for more vivid dreams, Drawing Down the Moon, or for protection in underworld journeying.  The Willow will bring the blessings of the Moon upon those who plant it or have it on their property. Willows can be used to bind together witch’s brooms and a forked willow branch is widely used in water witching and dowsing. New Moon magick, creativity, fertility, female rights of passage, inspiration, emotion, binding. Love, Love divination, protection, healing. It is also known as the tree of immortality because of its ability to re grow from a fallen branch in moist ground. These properties apply to all forms of willow, but the Coast Willow has the properties of endurance, tolerance and stubbornness as well. There’s more info here: http://en.wikipedia.org

The Rhyne Toll, Chetwode Manor, UK (Oct 30 – Nov 7) – At Chetwode, near Buckingham, England, the Lord of the Manor has the right to levy a yearly tax, called the ‘Rhyne Toll’, on all cattle found between October 30 and November 7 on his ‘liberty’, a grazing domain. Apparently a knight who slew an enormous boar in antiquity was rewarded with this manor and toll. In the 1800’s a mound in the area was unearthed and yielded up the skeleton of an enormous boar. These days, it’s a party, of course! More here: http://familytreemaker.genealogy.com/users/c/h/i/Billy-R-Chitwood/GENE12-0039.html and here (a couple of screens down) http://www.british-history.ac.uk/report.aspx?compid=62559

The shop opens at 11am. Our hours are changing! Winter hours are 11am-5pm Thursday through Monday. Need something off hours? Give us a call at 541-563-7154 or Facebook or email at ancientlight@peak.org If we’re supposed to be closed, but it looks like we’re there, try the door. If it’s open, the shop’s open! In case of bad weather, check here at the blog for updates, on our Facebook as Ancient Light, or call the shop.

Waning Moon Magick – From the Full Moon to the New is a time for study, meditation, and magic designed to banish harmful energies and habits, for ridding oneself of addictions, illness or negativity. Remember: what goes up must come down. Phase ends at the Tide Change on 11/7 at 8:02am. Waning Gibbous Moon – Best time for draining the energy behind illness, habits or addictions. Magicks of this sort, started now, should be ended before the phase change to the New Moon. – Associated God/dess: Hera/Hero, Cybele, Zeus the Conqueror, Mars/Martius, Anansi, Prometheus. Phase ends at the Quarter on 10/31 at 9:40am.

pot bright Altair high in the southwest soon after dark. Two distinctive little constellations lurk above it: Delphinus the Dolphin, hardly more than a fist at arm’s length to Altair’s upper left, and fainter Sagitta the Arrow, slightly less far to Altair’s upper right. Sky too bright? Use binoculars!

Uranus reached opposition and peak visibility one week ago, and it remains a tempting target all this week. The outer planet appears in the eastern sky after darkness falls and climbs highest in the south around midnight local daylight time. The magnitude 5.7 world lies in the southwestern corner of Aries, just over the border from Pisces, some 2.5° northeast of 4th-magnitude Omicron (o) Piscium. Although Uranus shines brightly enough to glimpse with the naked eye under a dark sky, use binoculars to locate it initially. A telescope reveals the planet’s blue-green disk, which spans 3.7″.

Venus is hidden deep in the glow of sunrise.

Celtic Tree Month of Ngetal/Reed  Oct 28 – Nov 24 – nGéadal – (NYEH-dl), reed – The term “reed” is used with great imprecision in North America, but it is clear that the reed of the ogham is the common reed (Phragmites australis (Cav.) Trin. ex Steudel). This is a giant grass, with stems as high as 4 m (13 feet). It grows in marshy areas, where it often forms dense stands. Like most other grasses, the vertical stems live only a single year, dying in the autumn and being

replaced with new green shoots in the spring. The dead stems rattle and whisper in late autumn winds. Common reed has spread as a weed throughout the world; in North America it is widespread in cooler climates. Common reed is in the Grass family (Poaceae, or Gramineae). “The Reed Month, is said by some to be most favorable for communication with ancestral spirits and the strengthening of all family ties, with magickal associations with fertility, love, protection, and family concerns. ‘Thin and slender is the Reed. He stands in clumps at the edge of the river and between his feet hides the swift pike awaiting

an unsuspecting minnow to come his way. In his thinness the reed resembles arrows that fly, silver-tipped, up into the unknown air to land at the very source that one had searched for all these years. Firing arrows off into the unknown is an expression of the desire to search out basic truths. If you loose off without direction, the place of landing will be random. If the firing off is carried out with the correct conviction, determination and sense of purpose, then the act becomes secondary to the event that comes both before ~and after the moment.'”   Source: Earth, Moon and Sky 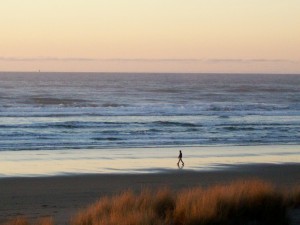 There are two classes of people–those who have ulcers and those who give them.

Journal Prompt – Auto-Biographical narrative – How do you feel about politicians openly sharing their religious beliefs?

That which controls you has only two eyes, has only two hands, has only one body and but one thing which the least of men in all the cities has, but more than you all, it is the advantage which you give him to destroy you. – Étienne de La Boétie (d. August 18, 1563), French author, born on November 1, 1530

Samhain Magick – Be sure to read the following articles on death, dying and the afterlife:

Caring for Our Dead: Every society, throughout history, has found some way to attend to the proper care of their dead. Let’s look at some of the different methods in which various cultures have said farewell to their loved ones.

Ray Buckland on Death and Dying: Wiccan author Ray Buckland recently did a presentation on a Pagan view of death and dying. He has graciously allowed us permission to share that presentation here on the Pagan/Wiccan website.

What Happens to Your Magical Items After You Die? Since so many members of the Pagan community work as solitaries, and may never come into contact with other Pagans during their lifetime, one issue that comes up as our population ages is that of what to do with magical tools and other items after death.

A Pagan Blessing for the Dead: This simple memorial ceremony can be performed for a deceased loved one. It invokes the powers of the earth, air, fire and water to send the departed off to their next destination.

Prayer for the Dying: This prayer is one which may be said by or on behalf of a dying person, and addresses the need we have to feel at home in the last moments of life.

Prayer to Hel: In Norse mythology, Hel features as a goddess of the underworld. She was sent by Odin to Helheim/Niflheim to preside over the spirits of the dead, except for those who were killed in battle and went to Valhalla. It was her job to determine the fate of the souls who entered her realm.

Prayer to Anubis: This prayer honors the Egyptian god of the underworld, Anubis. He is honored as the god who takes our measure when we cross from this life into the next.

Prayer to the Gods of Death: At Samhain, the earth is growing cold and dark. It is a time of death, of endings and beginnings. This prayer honors some of the deities associated with death and the underworld.

Silliness – Daffynitions – Burglarize: What a crook sees with.