It’s finally calmed down after the stormy night. It’s cloudy, but bright and the rain has quit. 50F, Wind at 1mph, gusting only to 9, AQI 6. We’ve gotten most of 1/2 an inch of rain since midnight after 1/5 yesterday. We’re supposed to be going into a drying trend for several days, now.

Yesterday ended up being all writing until 6pm. I finally got the Sunday newsletter caught up. Oh, and talked to Sasha for awhile in the middle of that! Tempus went out to work on the car, since the tail pipe was rattling. Looks like a $35 part is all. Phew!

Around 6pm I heated up some supper, set up the samples for the folks who are going to try the soups and started the dill soup. I discovered that not only was the clock over my desk off, but so it the one in back, suddenly. Battery was going…. I got Tempus to get the one in back, at least. Peeling potatoes, chopping onions, chopping dill. I had to poach a couple of eggs in the broth before I actually started the soup, so the samplers could each have an egg.

By 7:30 the soup was done, but Tempus was feeling pretty awful and wouldn’t eat. <sigh> We’ve both been feeling like we have the flu, no upper respiratory stuff, just the rest of it. So he curled up with his tea and some ibuprofen and rested a bit and after a bit, he ate.

He took off before 8:30 to run a couple of errands and then start the paper route. We decided not to have him do any shopping since he was feeling so bad.

He started the bulk drops at 11:45 and commented, “It’s *yucky* out here!” So I worked on feast stuff and did some more writing. He didn’t get to start the regular route until 1:45….. He said he’s never been this wet. I said, “You’ve taken baths?” He said, “Not even then! We had gotten 1/3 of an inch by then and the wind was running in the upper teens.

…and then I had to peel garlic and chop onions, making a pickling broth. By 3 that was done and cooling. 1/2 an hour later I had finished the writing that I set out to do, so I started arranging the recipes for the feast cookbook. I had to do a lot of re-writing to make them coherent.

At 4:45 he pulled up and said the car was overheating. He gave it 20 minutes to cool and added radiator fluid and was rolling again. …and again at 7:30, he had to stop. It’s a good thing today is Wednesday and he can sleep! He was finally done at 8:45 and we were both ready to drop.

Today we’re going to sleep. We’re also supposed to do laundry and move some more things from the aisles at the shop. I think I’ve figured out how to make the playpen not be so much in the way, too. I’m hoping, at least. That’s been such a problem for awhile! 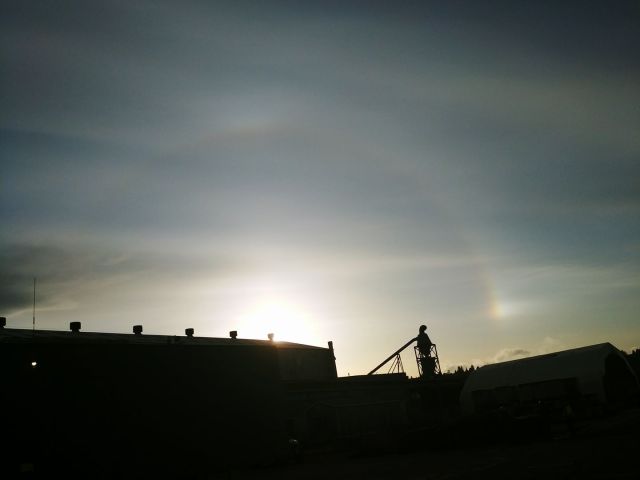 A photo taken by Arthur Bartlett on 1/22/18 near Puget Sound.

And another from a different angle.

Today’s Plant is Miner’s Lettuce, Claytonia perfoliata (aka winter purslane, or Indian lettuce). It’s a plant native to our area, growing and blooming in our soggy spring and drying out and dying back in the summer. I’ve seen in re-bloom in the fall. It’s a leaf vegetable that can be eaten raw or cooked like spinach. It’s really choice in salads and very high in vitamin C. It got the name because the Gold Rush miners ate it to prevent scurvy, since they really weren’t eating right. Like any lettuce or most of the salad greens it’s Feminine and Water, but as any high Vitamin C food, its planet correspondence is the Sun. – Sprinkling it inside the home brings happiness, so it’s good in floor washes or new home blessings. Carry it with you for luck and to protect from violence. Put it into sleep pillows or add to a dream catcher to keep away nightmares. I’ve actually slipped it between the mattress and sheets for this purpose. More here:http://en.wikipedia.org/wiki/Miner%27s_lettuce More on the genus here:http://en.wikipedia.org/wiki/Claytonia

Hathor is an Egyptian mother/death/sky goddess. She’s familiar to everyone as the cow-headed goddess whose symbol of cow horns as lunar crescents on either side of the disc of the sun/moon was worn by many other goddesses (and gods) in the pantheon. On her feast day offerings of cow’s milk are poured into the Nile. More here:  http://en.wikipedia.org/wiki/Hathor

Waning Moon Magick – From the Full Moon to the New is a time for study, meditation, and magic designed to banish harmful energies and habits, for ridding oneself of addictions, illness or negativity. Remember: what goes up must come down. Phase ends at the Tide Change on 2/4 at 1:04pm. Waning Gibbous Moon – Best time for draining the energy behind illness, habits or addictions. Magicks of this sort, started now, should be ended before the phase change to the New Moon. – Associated God/dess: Hera/Hero, Cybele, Zeus the Conqueror, Mars/Martius, Anansi, Prometheus. Phase ends at the Quarter on 1/27 at 1:10pm.

The Gemini twins lie on their sides on winter evenings, left of Orion. Their head stars, Castor and Pollux, are farthest from Orion, one over the other. (Castor is on top.) The Castor figure’s feet are just left of the top of Orion’s dim Club.

Two of the finest deep-sky objects shine prominently on

January evenings. The <<< Pleiades and Hyades >>> star clusters appear highest in the south in early evening but remain conspicuous until well after midnight. The Pleiades, also known at the Seven Sisters and M45, looks like a small dipper to the naked eye. The larger Hyades forms the V-shaped head of Taurus the Bull. Both look nice with to the naked eye, but binoculars show them at their best.

Saturn is hidden deep in the glow of sunrise.

Affirmation/Thought for the Day – Never take life seriously. Nobody gets out alive anyway.

Journal Prompt – What does this quote say to you? – It is better to wear out than to rust out. — Richard Cumberland

~   He is able who thinks he is able. – Buddha
~   Sometimes showing up is half the battle, while other times showing up is what gets the party started! – T. Thorn Coyle
~   It will be the duty of the Executive, with sufficient appropriations for the purpose, to prosecute unsparingly all who have been engaged in depriving citizens of the rights guaranteed to them by the Constitution. – Rutherford B. Hayes (1822-1893) US President (19)
~   The best thing about the future is that it only comes one day at a time. – Abraham Lincoln

WILD GEESE
You do not have to be good.
You do not have to walk on your knees
For a hundred miles through the desert, repenting.
You only have to let the soft animal of your body
love what it loves.
Tell me about your despair, yours, and I will tell you mine.
Meanwhile the world goes on.
Meanwhile the sun and the clear pebbles of the rain
are moving across the landscapes,
over the prairies and the deep trees,
the mountains and the rivers.
Meanwhile the wild geese, high in the clean blue air,
are heading home again.
Whoever you are, no matter how lonely,
the world offers itself to your imagination,
calls to you like the wild geese, harsh and exciting —
over and over announcing your place
in the family of things. – Mary Oliver

Beat the eggs into the milk. Make a well in the flour in a large bowl and stir in the egg mixture until just combined. Refrigerate the batter for at least an hour. Heat oven to 425 F (220 C). Put drippings of roast and/or some vegetable oil in an oven proof 13 X 10 inch pan in the oven. When the oil or drippings begin to smoke (about 5 minutes), put the cold batter in the pan and bake 25 to 30 minutes.

Heat oven to 400 degrees F. In medium bowl, combine flour and salt. Cut in the butter until crumbly. Stir in chives and then water. The mixture will be crumbly. Shape it into a ball and roll on a lightly floured surface to a 12 inch circle. Ease into a 10 inch quiche pan, pressing firmly against the bottom and sides.

Bake for 40-45 minutes or until golden and set. A fork will come out clean when stuck in the center. Let stand 10 minutes before serving with a mixed green salad.

[Anja’s Note – Having made quiche of different varieties for years, I would probably use a “quickie” version of the crust with a prepared pie shell sprinkled heavily with fresh chives before adding the fillings. I’ve made this both from this recipe and the “quickie” and the major difference is whether the bottom crust is flaky (original) or a little damp.]

Preheat oven to 375º. In a stovetop to oven-safe casserole dish with a lid, sauté onions and garlic until translucent and browned. Add mushrooms and cook until tender. Add barley, basil, salt, pepper and stock. Bring to a boil.

Cover and put in oven. Cook until barley is tender, about 45 – 50 minutes. Toss with parsley and serve. 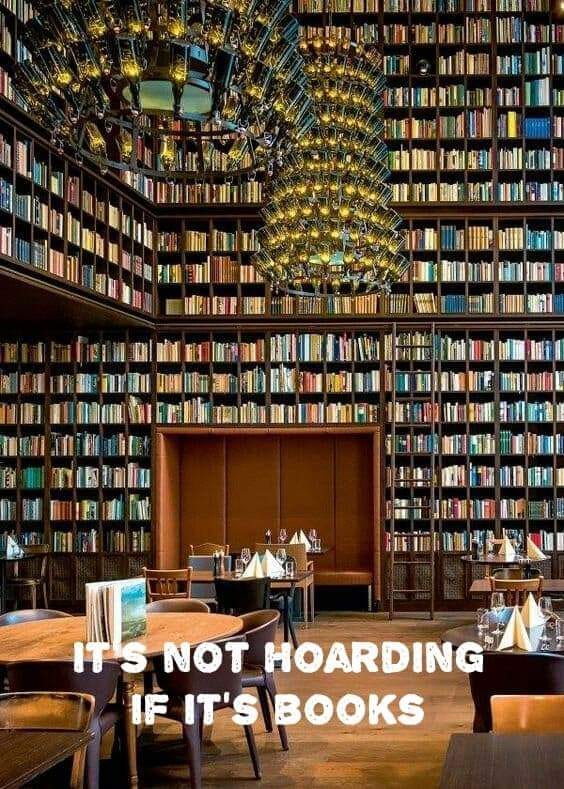