Everything is wet outside, but the rain has stopped. It’s currently overcast, 34F, wind at 1-5mph, AQI38, UV1. We’re under a SMALL CRAFT ADVISORY until 4pm today, still. There’s only a 40% chance of rain today, but it could stay overcast and chill. We can hope for a little sun later, maybe? Like 3-5pm? ….but the rain is likely to be heavy over Friday and Saturday and then ease up late Sunday with maybe a little sun on Monday before we’re back to showers and rain.

Yesterday was another blur. We have so much yet to do. Quite a lot of the big projects happened, but then we had to clean up from those…. We have a few more…moving the card racks, shifting the stuff around the sofa/reading area…. They’ll either get done gradually or on our “weekends”. We have a couple more days when we’ll be closed over the next two months when we have a some out-of-town things going, but nothing like this long.

My job yesterday was to find places for things… lots of things… and to get sets of things put in the same place. That takes a whacking lot of time.

I set up a dill soup from some potatoes that were starting to sprout and the leftover whey from one of the cheeses. It smells really good. I’m doing it in a crockpot, and the potatoes take awhile.

Today is going to be more of the same, I think, although the computer guy is supposed to be here after lunchtime. Tempus is at the point of cleaning up the piles of stuff that he’s been accumulating on the coffee table, but he’s going to have to deal with another leak, first. I’m starting to work on my embroidery and sewing projects that have kinda gotten out of hand and I have a bunch of books that need to find ahother home than where they currently are, i.e. scattered all over! Paper run tonight!

Today’s Plant is Pearly Everlasting, Anaphalis margaritacea, sometimes called Life-Everlasting. The “everlasting” part of the name comes from the fact that the flowers dry well and can be used as decorations during the winter month. There are a number of medicinal uses for this plant, particularly as poultices and often as a decoction added to a hot bag of some sort (iow, put it on a washcloth, warm, and put a heating pad on top of that) for bruises, sprains and to the chest for bronchitis, among others –Feminine, Venus, Air – Add to spells that are long-term. Can be useful in a sachet/potpourri/amulet since the flowers will soak up essential oils and release the scent over time.http://en.wikipedia.org/wiki/Anaphalis_margaritacea

Feast day of Concordia, ancient Rome – In Roman mythology, Concordia was the goddess of agreement and understanding. Her oldest temple was on the Forum Romanum and was built in 367 BCE by Marcus Furius Camillus. The Roman Senate often met there. In art, Concordia was depicted sitting, wearing a long cloak and holding onto a sacrificial bowl and a cornucopia. Sometimes, she is shown standing between two members of the Royal House shaking hands. Concordia is shown in a lot of the iconography of government buildings in Washington, D.C. More here: http://www.wilsonsalmanac.com/book/jan16.html and here:http://en.wikipedia.org/wiki/Concordia_%28mythology%29

Waning Moon Magick – From the Full Moon to the New is a time for study, meditation, and magic designed to banish harmful energies and habits, for ridding oneself of addictions, illness or negativity. Remember: what goes up must come down. Phase ends at the Tide Change on 1/23 at 1:42pm. Waning Gibbous Moon – Best time for draining the energy behind illness, habits or addictions. Magicks of this sort, started now, should be ended before the phase change to the New Moon. – Associated God/dess: Hera/Hero, Cybele, Zeus the Conqueror, Mars/Martius, Anansi, Prometheus. Phase ends at the Quarter on 1/17 at 4:58am. 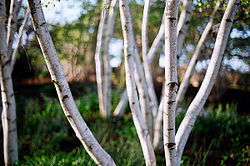 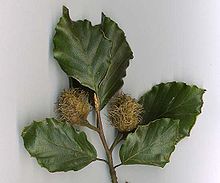