Featured photo by Melissa Jo Barker Photography. The shop is closed for the duration.

It’s partly cloudy, says the computer. I’m too tired to go out and check. 44F, wind at 1-4mph and gusting, AQI31, UV5. 10% chance of rain today and 20% tonight. Today and tomorrow should be dry, but Wednesday there’s a 100% chance of rain, up to 2/3 of an inch! Well, things need to be watered…. After that the rest of the forecast is partly cloudy and no more than 50% chance of showers at any point. 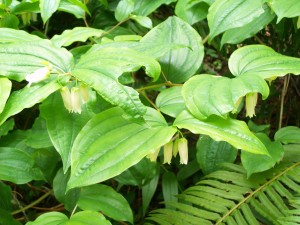 Yesterday I got up around 9:30 and actually had enough time to go through messages before I dove into class. Bucellatum was first, which is Roman Legions hardtack. I went to a short sewing get-together, people checking in, chatting and sharing projects. After that there was a Fiber group with another get-together, weaving/dying, mostly, and by then House Capuchin’s Virtual Project Day was going. I finally quit the fiber group. The problem with zoom is that if you’re limited to chat, you’re ignored. 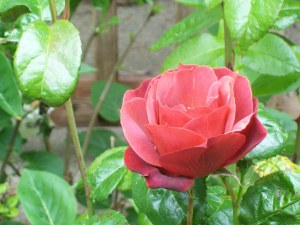 I spent some time doing pie crusts and then baked 4 meat pies and 4 berry apple. Once that was cleaned up I spent the afternoon working on a plan for the inside of the footstool. I think I’m going to have to have a backing layer of tougher fabric and then the pockets appliqued on in the pretty stuff. 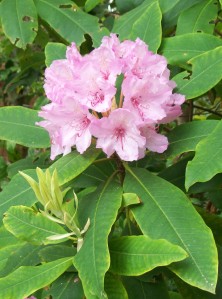 Tempus went out to trim along the sidewalk and that put off supper for quite awhile, so I got pictures and then set things aside. Then he started working on the car, fixing the headlight that was out, then going for a quart of oil and putting that in. I got the posca and the Pompeii leek and olive dish going. Everything was finished before he got back, so we sat down to supper. After we cleaned up I got a long nap. Tempus took off around 2 and I got up to do some writing. 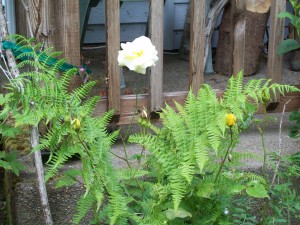 Today it’s back to the usual. I’m hoping to start tackling the backstock of books. I do still need to get more stuff picked up back by my beading table. Tempus is going to have to do laundry at some point and he’s got to work on some of the stuff that we used yesterday. 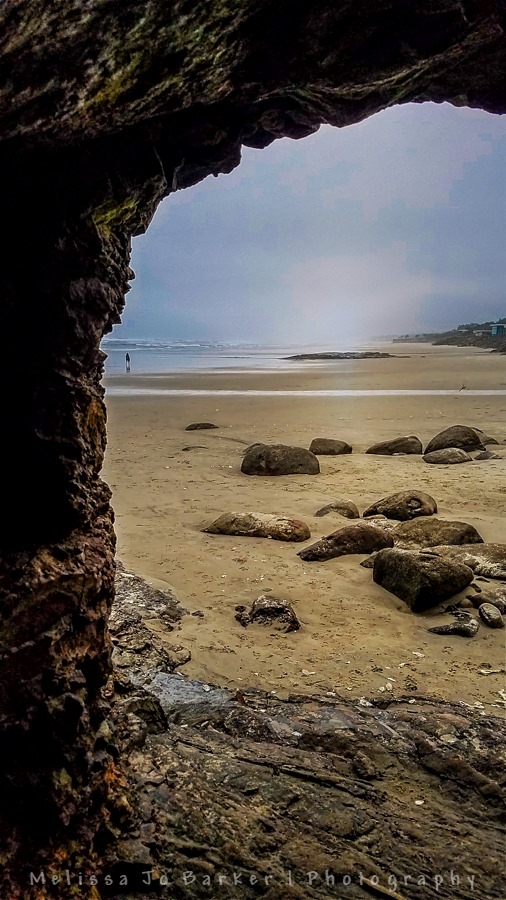 Photo by Melissa Jo Barker Photography on 4/1/20. Used with Permission 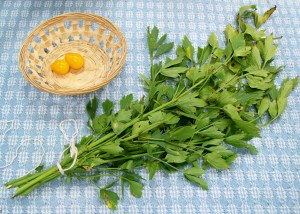 Today’s Plant is Lovage, levisticum officinale. It seems to have originated somewhere near the eastern Mediterranean and has been cultivated for a long while, being a very useful plant. It has a strong, long-lasting scent, that reminds a person of celery and parsley, but with the volume turned up. It’s great in salads, but chop it small and mix with other greens or it overpowers! Both leaf and seed are great in soups, especially seafood chowders and the roots can be eaten as a vegetable. I’ve drunk lovage cordial, which is tasty. It has a high flavonoid content, as well. Medicinally, a strong leaf tea, iced, is a good antiseptic, especially for extensive scrapes, where it takes down the sting and swelling very quickly and can be splashed on as often as needed. It can be used for mild cases of water retention, as well, and even with high blood pressure. –Masculine, Sun, Fire – This herb is often used in love magicks, but works best as a self-confidence enhancer. Take a bath with a sachet of the leaves, or make a strong tea that you toss into the bathwater before going out to meet new people or to start a new job. It also helps to squeeze a small sachet of the leaves if you’re having trouble concentrating on a task. Wiki has more:http://en.wikipedia.org/wiki/Lovage 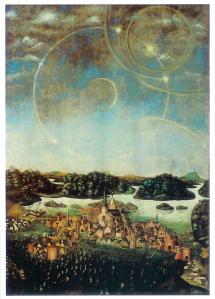 Vadersolstavlan, (sun-dog painting, or weather-sun painting) created in 1535, is the oldest painting of the city of Stockholm and is believed to have been painted of a real (i.e. not imagined) event, shortly after this weather phenomenon happened. It’s also the oldest depiction of “sun dogs”.  More on the painting here: http://en.wikipedia.org/wiki/V%C3%A4dersolstavlan and on Sun Dogs here:  http://en.wikipedia.org/wiki/Sun_dog which page includes a lot of links to other atmospheric phenomena of this type.

The shop is closed for the duration. Need something? Give us a call at 541-563-7154 or Facebook or email at ancientlight@peak.org We should be able to accommodate requests and even allow a little shopping, one person at a time.

Waning Moon Magick – From the Full Moon to the New is a time for study, meditation, and magic designed to banish harmful energies and habits, for ridding oneself of addictions, illness or negativity. Remember: what goes up must come down. Phase ends at the Tide Change on 4/22 at 7:26pm. Hecate’s Brooch – 3-5 days before New Moon – Best time for Releasing Rituals. It’s the last few days before the new moon, the time of Hecate’s Brooch. This is the time that if you’re going to throw something out, or sweep the floors, or take stuff to Good Will, do it! Rid yourself of negativity and work on the letting go process. Release the old, removing unwanted negative energies, addictions, or illness. Do physical and psychic cleansings. Good for wisdom & psychic ability. Goddess Aspect: Crone – Associated God/desses: Callieach, Banshee, Hecate, Baba Yaga, Ereshkigal, Thoth. Phase ends at the Dark on 4/21 at 7:26am. 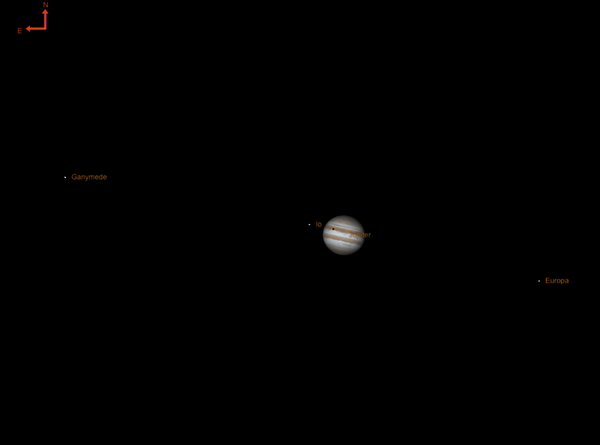 Io and its shadow cross Jupiter – The volcanic moon Io casts a shadow over Jupiter’s cloud tops starting at 4:43 A.M. EDT on April 20. Less than two hours later, the moon will also trek across the planet’s face. The image in your telescope may appear oriented differently, depending on your optics. – Alison Klesman (via TheSkyX)

Io’s shadow begins to cross the face of Jupiter at 4:43 A.M. EDT this morning, appearing on the planet’s northeastern limb. The moon itself crosses onto Jupiter’s disk at 6 A.M. EDT. The progressing sunrise prematurely ends the show for those watching from the East Coast, but observers in the western half of the U.S. can continue to track the moon and its shadow. All three additional Galilean moons are also on display this morning: Ganymede to Jupiter’s northeast, and Europa and Callisto the planet’s southwest. 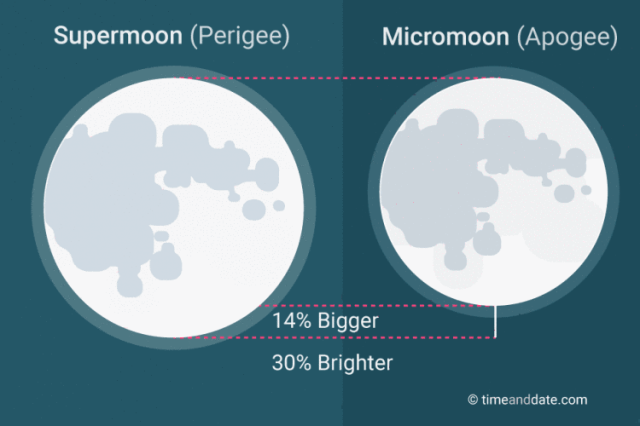 Moon Apogee/Perigee – * For a good explanation of what this is – https://www.timeanddate.com/astronomy/moon/lunar-perigee-apogee.html

With the evening sky moonless, do an explore of the dim constellation Sextans, south of Regulus, using your telescope and the Deep-Sky Wonders column, chart, and drawings in the April Sky & Telescope, page 54. The brightest of Sextans’ deep-sky objects is the edge-on lenticular galaxy NGC 3115. At 9th magnitude, it’s a fairly easy catch in a 4- or 6-inch telescope under a good sky — if you know how to use a chart with your telescope! And at low power with a wide field of view, can you catch Rinnan’s Run? It’s a remarkably straight “star chain” of 8th- and 9th-magnitude stars, 2.3° long and detectable with large binoculars in a good dark sky.

Venus (magnitude –4.7, in north-central Taurus) is the dazzling white “Evening Star” in the west during and after dusk. For the next three weeks it will continue to shine as bright as it gets. Look upper right of it for Capella, two fists at arm’s length away. Look half that far lower left of Venus for Aldebaran. Venus finally sets in the northwest about 2 hours after twilight’s end. With Venus is at its brightest and still fairly high after the end of twilight, have you ever managed to see your Venus shadow? You’ll need a very dark location! See Bob King’s Shadow Casting with Venus. In a telescope, Venus has enlarged to 33 arcseconds in diameter while waning in phase to become a thick crescent 1/3 sunlit. Venus will continue to enlarge and wane, finally becoming a dramatically thin crescent low in twilight in late May as it approaches conjunction with the Sun.

Runic half-month of Mannaz/ Man, April 14-28 A time when the archetypal reality of the human condition should be meditated upon. Nigel Pennick, The Pagan Book of Days, Destiny Books, Rochester, Vermont, USA, 1992, 1992 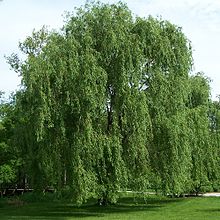 Celtic Tree Month of Saille/Willow, Apr 15 – May 12 – The Willow in the Tree alphabet stands for the female and lunar rhythms of life. She is water-seeking, thriving from preference on the damp margins of lakes and streams or across the low-lying water meadows. Water and the tidal movements of the sea are governed by the pull of the moon. The moon in its monthly rhythms is female, contrasting with the male sun’s daily and yearly turnings. In several ways, the Celts held women in higher regard than we do today. On the material level, women were property owners, and whoever controlled the property controlled the marriage. Women of all types and ages appeared in the Celtic pantheon, the spiritual strength and life-giving qualities given by both female and male recognized equally. There were colleges of Druidesses – learned women and teachers – respected equally for their gifts of see-ship, often expressed through dreams, or night visions.
Magical Associations: Romantic love, healing, protection, fertility, magic for women.

Affirmation/Thought for the Day – Do not lose courage for what you believe in.

Journal Prompt – When? – When was the last time you cried and why?

~   Computer dating is fine, if you’re a computer. – Rita May Brown
~   Try and live your life the way you wish other people would live theirs. – Raymond Burr (1917 – 1993), Actor
~   If you want to be a holy man, you’ve got to be committed. When you make a decision you cannot waver in any way. You’d never see Gandhi during a hunger strike sneaking into the kitchen in the middle of the night. ‘Gandhi…what are you doing down there?’ ‘Umm, I thought I heard a prowler…and I was going to hit him over the head with this big bowl of potato salad.’ – Jim Carrey
~   Who discovered we could get milk from cows, and what did he think he was doing at the time? – Billy Connolly

A gush of bird song, a patter of dew
A cloud and a rainbow’s warning;
Suddenly sunshine and perfect blue
An April day in the morning!’ – Harriet Prescott Spofford (1835 – 1921), American writer

Put all the ingredients into a blender, and blend until “smoothie” texture. Serve immediately.

Pour wine into carafe or wide mouth bottle. Add strawberries and woodruff and allow to blend for at least an hour. Strain and serve well chilled. Garnish with thin orange slice. The strawberries add a wonderful flavour and the woodruff adds sweetness.