That was a lot more rain than predicted, yesterday. Everything is still wet. 46F, wind at 3-9mph and gusting, AQI 33-44, UV. Chance of rain 59% today and 47% tonight. We have a HIGH SURF ADVISORY from 1-7pm today and SMALL CRAFT ADVISORY through 4pm on Sunday. The only day with a chance of sun is Sunday, at this point. Everything else is rain or showers. 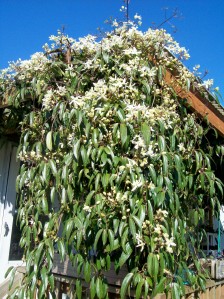 Yesterday I worked on the class that I’m teaching next Tuesday and then on 3/14. I want to get the handout re-vamped before Tuesday and I’m also adding things into the blog page. I pretty much spent the day either doing that, making a mess of it and cussing, or bemoaning my sleepiness that was making it difficult to work! 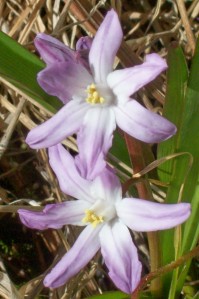 Tempus worked on getting some things ready to go to the laundromat. We had some nice towels that got badly stained by a leaking squash that needed soaked and rinsed and he re-did the nap bed. I spent quite awhile collecting socks and small stuff, too. 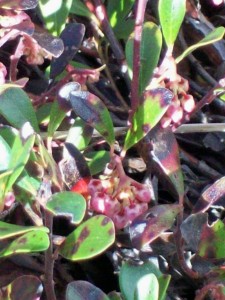 We did have a number of customers in and a couple of serious inquiries over the phone. Most everyone was just browsing, but they bought, too. I need to remember to do a new hours sign. 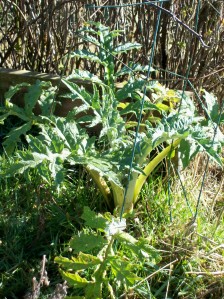 It was bulk route night, so he headed out early, hoping to make a Freddie’s stop before they were closing and he had to rush, which has been the norm for a few weeks. He will be done with that route, soon, and will curl up for a nap until the subscriber route papers show up around 2am. 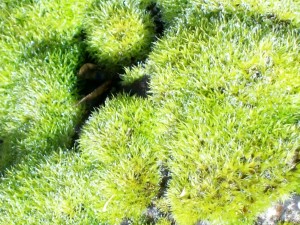 I’m putting this out early hoping to get some extra sleep tonight, since I went short last night. Today I don’t know whether Tempus is going to get to the laundromat, but there are a bunch of other errands. We’ll be opening the shop at 1pm, but probably close on time. Depending on customers I may be trying to do some short recordings for the class. Maybe I’ll just be doing photos. We’ll see.

A Ken Gagne photo taken on 2/26/15 in the morning up the Yachats River Valley.

Today’s plant is Anthurium. This is a genus of about 1000 species of flowering plants, the largest genus of the arum family, Araceae. The most common names for this plant that is beloved by florists include anthurium, tailflower, flamingo flower, and laceleaf. The genus is native to the Americas, where it is distributed from northern Mexico to northern Argentina and parts of the Caribbean. – Masculine, Fire, Vesta & Mars – Correspondences are for bringing love and beauty to the home, hearth fires and passion. Great handfasting plant! More here:http://en.wikipedia.org/wiki/Anthurium

On this date in 747BCE Nabonassar began the habit of keeping chronologically precise historical records, at least according to Ptolemy. There were precedents, isolated sets of records, but he came up with a system of calendar dates that could be calculated accurately enough to keep astronomical events dated properly. This is what actually gave the Babylonians that reputation of being awesome astronomers. Astrology, as practiced since the late Middle Ages, is based on the Babylonian record-keeping methods. More on Nabonassar here: http://en.wikipedia.org/wiki/Nabonassar and Babylonian astrology here: http://en.wikipedia.org/wiki/Babylonian_astrology

The shop opens at 1pm. Winter hours are Thurs-Mon. 1-6pm. For appointments contact us at 541-563-7154, anjasnihova@yahoo.com, on Facebook or here on the blog, or just leave a note on the door!

Waxing Moon Magick – The waxing moon is for constructive magick, such as love, wealth, success, courage, friendship, luck or healthy, protection, divination. Any working that needs extra power, such as help finding a new job or healings for serious conditions, can be done now. Also, love, knowledge, legal undertakings, money and dreams. Phase ends at the Tide Change on 2/27 at 12:17am. Full Moon – The day of, the day before, and day after the true Full Moon. “And better it be when the moon is full!”! Prime time for rituals for prophecy, for spells to come to fruition, infusing health and wholeness, etc. A good time for invoking deity. FRUITION Manifesting goals, nurturing, passion, healing, strength, power. Workings on this day are for protection, divination. “extra power”, job hunting, healing serious conditions Also, love, knowledge, legal undertakings, money and dreams. God/dess Aspect: Mother/Abundance/Kingship – – Associated God/desses: Danu, Cerridwen, Gaia, Aphrodite, Isis, Jupiter, Amon-Ra. Phase ends on 2/28 at 12:17pm. 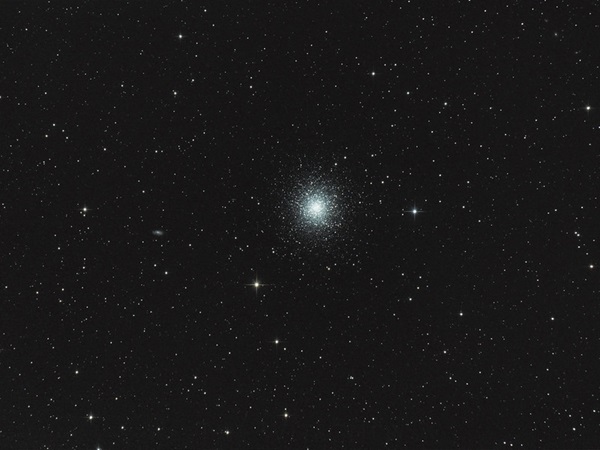 Messier 13 – This 2016 shot shows the Great Cluster in Hercules, cataloged as M13 and the finest globular cluster in the northern sky. – TheWitscher (Flickr)

A nearly Full Moon makes it difficult to track down dim objects, but plenty of bright targets remain, including the Great Cluster in Hercules (M13). This massive, bright globular cluster is visible in the early morning hours before sunrise, when the Strongman is high in the East. You’ll find M13, which has a magnitude of 5.8, about 2.5° south of magnitude 3.5 Eta (η) Herculis. This ancient group of suns spans 20′, which translates to more than 140 light-years at its distance of roughly 25,000 light-years. Famous as the best Northern Hemisphere globular cluster, M13 contains hundreds of thousands of stars. You should be able to begin resolving it at low magnification, while bumping up your aperture or magnification will show an ever-increasing number of its stars. 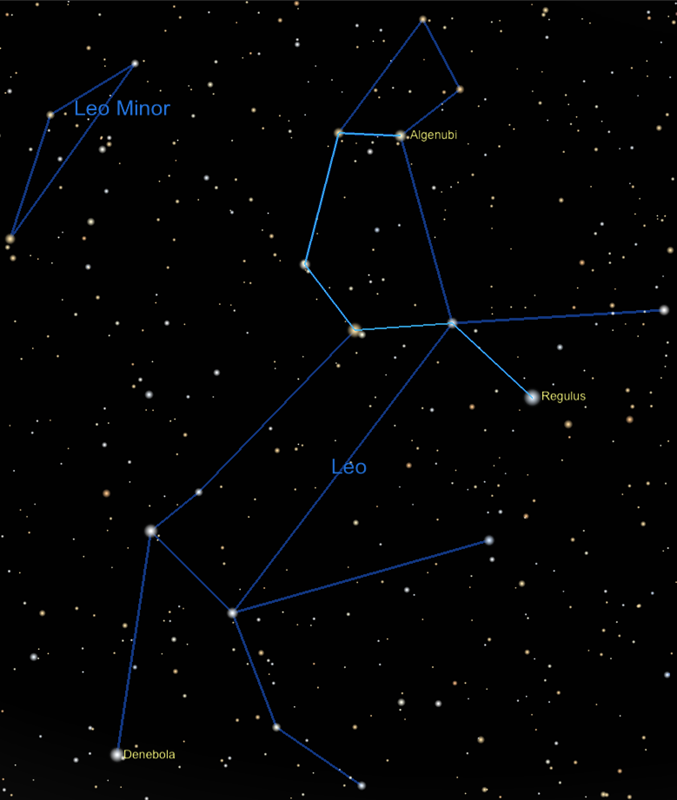 The Sickle – The Sickle asterism in Leo looks like a backwards question mark, starting with Regulus and ending with Algenubi. – Alison Klesman via TheSkyX

Full Moon tonight (exact at 3:17 a.m. Saturday morning EST). The Moon is under the belly of Leo. This evening through the moonlight, Regulus is 7° to the Moon’s upper right and Algieba is 7° above the Moon (again for North America.) Bring the binoculars. A typical binocular’s view is about 6° wide.

Mars (magnitude +0.8, under the Pleiades) continues to fade in the evening sky as it moves from Aries into Taurus. Look for it high in the west-southwest right after dark. Left of Mars shines Aldebaran, essentially the twin of Mars now in brightness as well as color. The gap between them shrinks this week from 18° to 15°. They’ll pass 7° apart in mid-March. (And by the way, Mars and March do have the same root. The month name comes from the Roman Martius, “the month of Mars.”) In a telescope Mars is a mere 6½ arcseconds wide.

Runic half-month of Sowulo/ Sigel, 2/12-26 It represents the power of the force of good throughout the world and is the harbinger of victory and ascendancy over darkness. Runic half-month of Teiwaz/Tyr, 2/27-3/13 This is a time of positive regulation, sacrifice and hard work in order to progress. 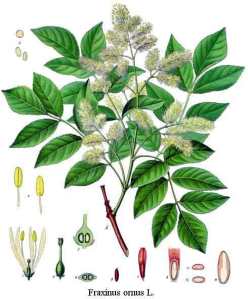 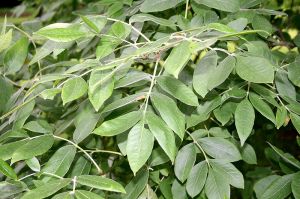 Affirmation/Thought for the Day – Celebrate all that you have accomplished in my life.

Journal Prompt – What is? – What is one object or symbol that is important to your cultural background?

~   We who are clay blended by the Master Potter, come from the kiln of Creation in many hues. How can people say one skin is colored, when each has its own coloration? What should it matter that one bowl is dark and the other pale, if each is of good design and serves its purpose well. – Polingaysi Qoyawayma, Hopi
~   Love does not consist in gazing at each other but in looking outward together in the same direction. – Antoine Marie Roger de Saint-Exupery, French aviator and writer
~   Simplicity is the essence of the great, the true and the beautiful in art. – George Sand, French author (Amandine Aurore Lucile Dupin)
~   Depend on the rabbit’s foot if you will, but remember: it didn’t work for the rabbit. – R. E. Shay

The little birds twitter and cheep
To their loves on the leafless larch. – –John Addington Symonds, Jr. (1840–93) 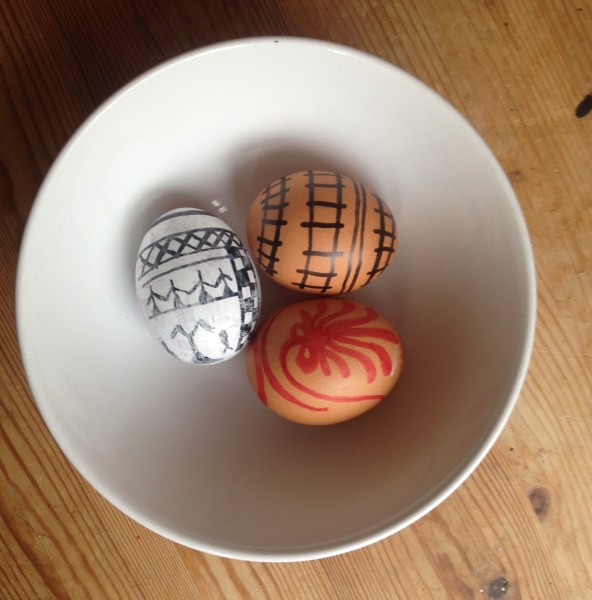 Decorating eggs is a well-known Easter tradition in many parts of the world, but it’s actually a practice that goes waaaay back in time. Like 60,000 years back in time.

If you’re looking for a bit of inspiration this Easter, then here’s our handpicked selection of decorated eggs from the ancient world that you can try at home. 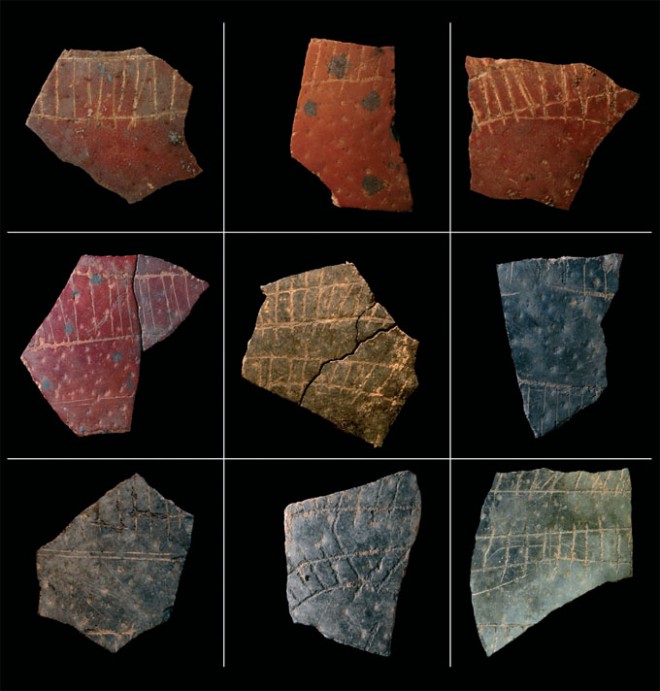 These are just some of the 270 fragments of engraved ostrich egg that archaeologists have collected from years of excavation at the Diepkloof Rock Shelter in South Africa, and which were used to create this replica. The site is about 60,000 years old and the eggs were probably used for storing water.

This egg from Ur, Iraq 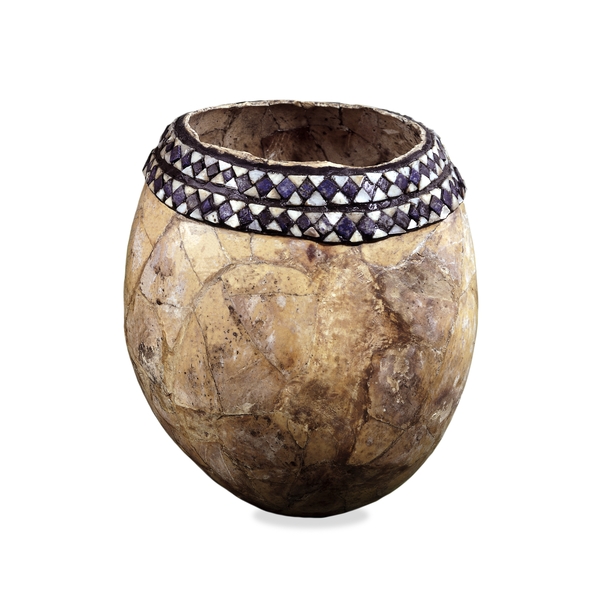 This ostrich egg comes from a grave in the Royal Cemetery at Ur, in modern-day Iraq. While ostrich eggs were used as containers in north Africa as early as the fourth millennium BC, the earliest eggs found so far in this part of the world date to about 2600-2400 BC. 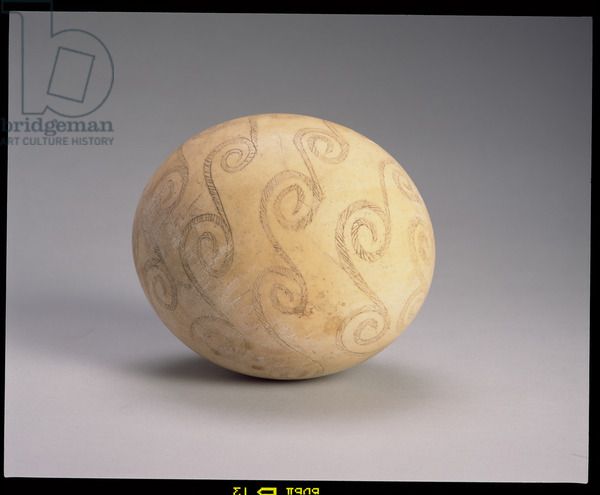 This ostrich egg from Egypt dates to about 2,000 BC. There’s plenty of evidence that not only the Egyptians, but also the Persians, Greeks and Romans also decorated eggs which they gave as gifts, given to the gods, or even just eaten during ancient spring festivals, like the Egyptian Sham el Nessim (still celebrated today), the Greek Anthesteria, and the Roman Lupercalia. 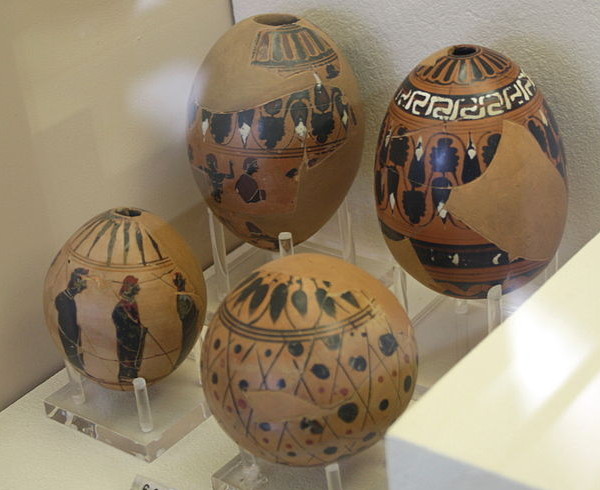 Like the Ancient Egyptians, Greeks and others also placed decorated ostrich eggs or their representations in gold, silver or clay in graves. But these ones mimic the typical blackfigure ceramic vases. Currently on display at the Kerameikos Archaeological Museum in Athens and dating to the early 5th century BC. These were definitely the least rude ones we could find! 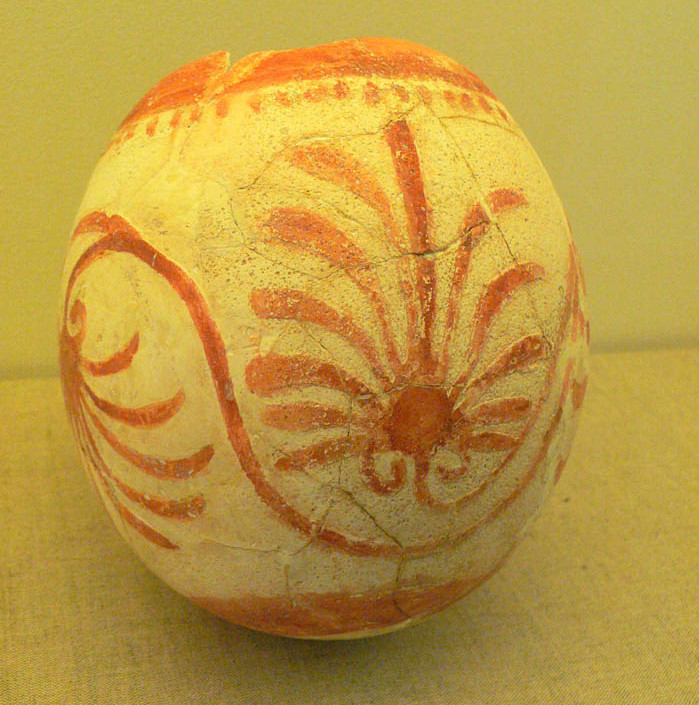 Looking lovely in red and white is this fleur-de-lis. It comes from Puig de Molins in Ibiza – a 3,000 year old Punic-Phoenician necropolis. Don’t crack this one open – we’re pretty sure you won’t get a nice surprise if you do!

This egg from the Isis Tomb, Italy 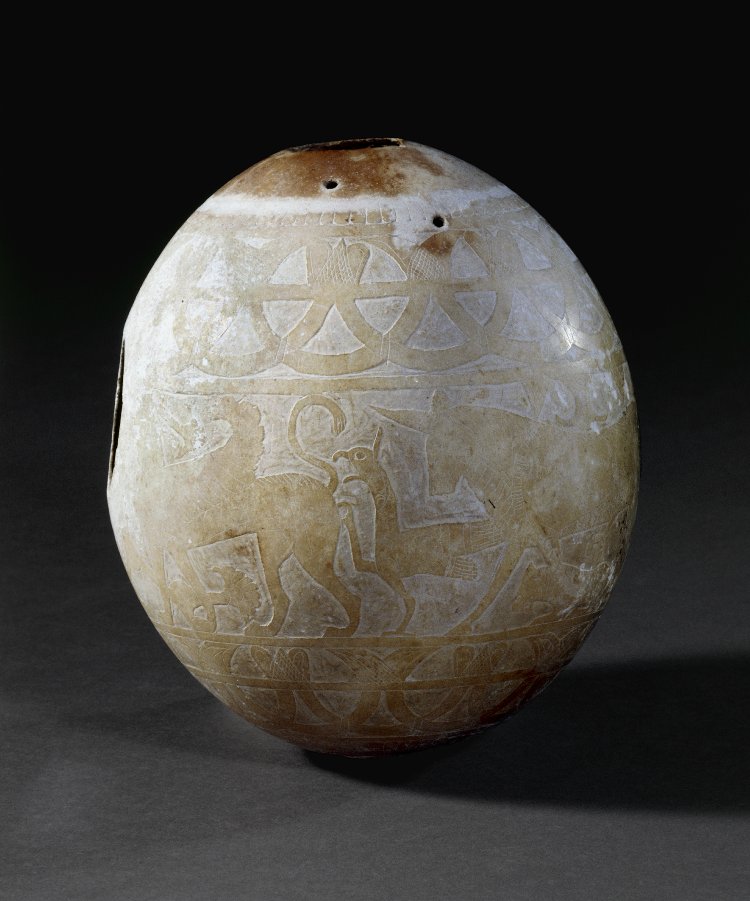 Is that a unicorn? Or a horse with one very big ear? Whatever that beautiful beast on the right is, this egg also features four sphinxes. Originally, it would have had a mouthpiece and support to form a drinking vessel. It’s another Phoenician design dating to about 625BC-600BC.

This Iron Age egg from the Villaricos necropolis, Spain 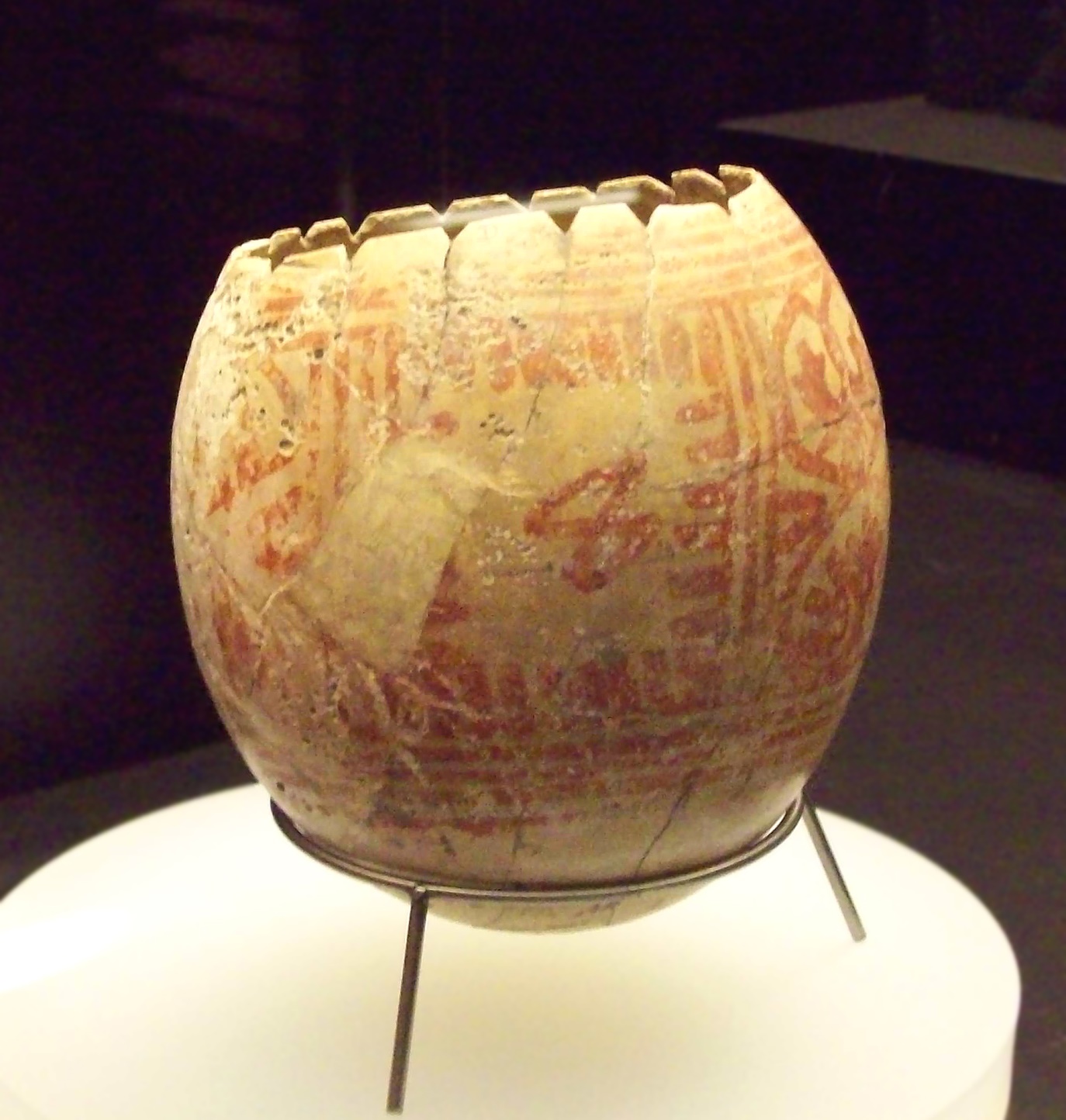 This iron age egg from Spain dates to around 300 BC. Don’t go hiding it now will you? We’re not sure museum curators are as much fun in that respect as the Easter bunny. 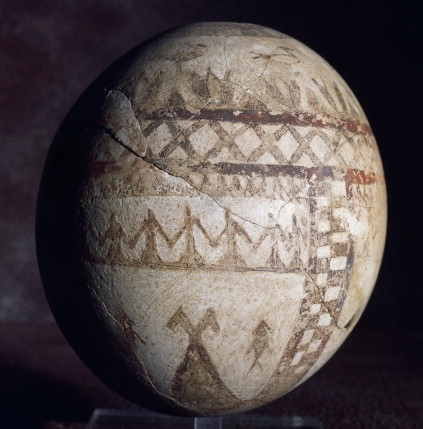 From around 700 BC, this Cypriot egg lives at the archaeological museum in Tarquinia. Got to love the merry little people holding hands and the big and small figures below… looks like this one was decorated with some sort of party scene!

So of all things, why decorate eggs? And why during springtime? Well, the eggshell does provide a good surface for decoration because of its smooth firmness and light colour.

The egg is and has also been considered a symbol of new life, fertility, and rebirth, and also plays a main role in many creation myths, being the beginning of the universe or with the first being or deity hatching from the egg.

In any case, egg decoration is a fun tradition which can be enjoyed by all ages. and cultures today. We hope these examples give you some ancient inspiration!

Silliness – Quick Quotes – “The whole reason you watch a TV show is because it ends. If I wanted a long, boring story with no point to it, I’ve got my life.” –Jerry Seinfeld