Clear and chilly! 35F, wind at 0-3mph and gusting, AQI 11-40 , UV5, moderate pollen. Chance of rain 5% today and 13% tonight. There’s about a 75% chance of showers centered around midnight Wed/THurs and again Fri/Sat, although only a 50% chance. Otherwise it’s likely to be at least partly sunny right through the 10-day. Temps will be in the upper 40’s/low50’s into the weekend, but Sunday starts a warming trend that could hit 60 next Wednesday! Perfect moving weather!

Upside down with “crust”, still in the cheesecloth

Yesterday started really busy. We never had more than two groups in at once, but there were at least 30 people through before 3pm. It eased off after that, but it bodes well for tourists this summer. Tempus ran around as we were opening picking stuff up off the floor. We made a mess with shifting packing material the night before. He pulled a box out from in front of the door that UPS dropped off and that’s the shells that are going into a new display of shells with correspondences. Yeah, I’m excited to get back to work on that one!

Flipping onto the plate

My soup was done before we opened. Tempus got it boxed and put away while I was working with customers. I didn’t get any until evening because we were that busy! We got coffee, at least, but my egg and ham breakfast didn’t get eaten until 3pm. …and my lunch, a chicken and cream cheese sandwich was at 6pm! 🙂 Supper was the soup, at pushing midnight, and I had a slice of the hrudka at 2am! Pictures are the last stages of the hrudka, which is an egg&milk cheese.

We had been pulling things out for home during/between customers. By closing time Tempus had a carload, so he took it out there and worked on the bump-out supports that still weren’t right. He offloaded, put stuff away and came home. I got a nap, then wrote and did pictures for awhile and by then he was back. 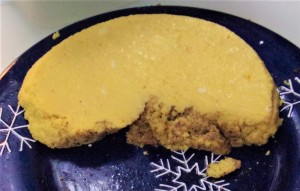 He slept for several hours at home (old place) while I wrote some more and after a little flurry of pulling things out for one more set of pictures, he took off on the paper route a little early. Tonight he’s doing his route and 1/2 of his boss’s, since his boss had to go out of town. After this goes out I have so more writing and then I’m heading for bed.

Today is all about moving once we’re awake. Tempus is heading up to storage and I’m going to be pulling out more of the things for our tiny home. He needs to hit the post office, too, since we ordered a couple of things for our home and we should also have more stock waiting. We’re hoping for at least two trips of moving stuff and that *might* get us almost ready to start sleeping there, and then he has the bulk route during the evening. It’s going to be a long day.

Fascinating Utne article about the Carolina Parakeet, and the birds’ time, place and associations with people. I remember specimens of these birds in old, tiny displays in small shops on the Eastern Shore of Maryland when I was young, which probably are long-gone, as well, replaced by shiny new tourist attractions.  https://www.utne.com/environment/forever-gone-carolina-parakeet-zm0z19szhoe

Today’s plant is Evergreen huckleberry, Vaccinium ovatum, a small shrub that is native to the PNW. The berries were a staple food for the PNW indigines. The fruit is blue-black and tends to be small, but makes excellent jam and the leaves are smoked or made into tea for colds. Gender, Feminine – Planet, Venus – Element, Water – Carry for luck and health. This is a plant that will keep away evil and break hexes. Burn the leaves to bring visions and to make dreams come true. http://en.wikipedia.org/wiki/Evergreen_Huckleberry 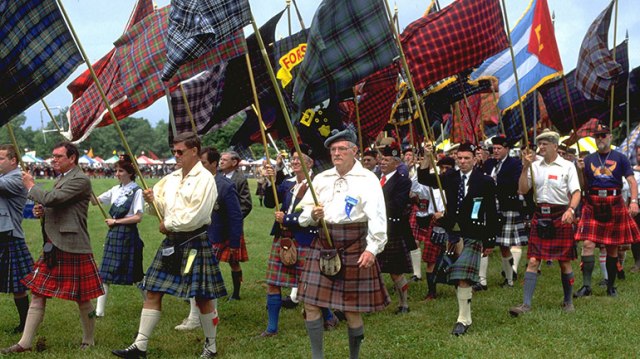 July 1, 1982, was proclaimed Tartan Day in New York City, a one-time celebration of the 200th anniversary of the repeal of the Act of Proscription of August 12, 1747, the law forbidding Scots to wear tartan. It has become an annual event celebrating Scottish Heritage since the late 80’s in Canada and the US.  http://en.wikipedia.org/wiki/Tartan_Day What does it have to do with April 6? That is the date on which the Declaration of Arbroath was signed in 1320. That’s the Scottish version of the Declaration of Independence

The shop opens at 1pm. Winter hours are Thurs-Mon. 1-6pm. For appointments contact us at 541-563-7154, anjasnihova@yahoo.com, on Facebook or here on the blog, or just leave a note on the door!

Waning Moon Magick – From the Full Moon to the New is a time for study, meditation, and magic designed to banish harmful energies and habits, for ridding oneself of addictions, illness or negativity. Remember: what goes up must come down. Phase ends at the Tide Change on 4/11 at 7:31pm. Waning Crescent Moon –Best time for beginning introspective magicks that are more long term (full year cycle) A good time for beginning knot magicks to “bind up” addictions and illness (finish just before the Tide Change of Dark to New) and “tying up loose ends” God/dess aspects – Demeter weeping for her Daughter, Mabon, Arachne Tyr. Phase ends on 4/7 at 10:30am.

. . .And on April 6th and 7th, the waning Moon poses under the giant planets.

The bright star high in the west-northwest during and after dusk is Capella. Its pale-yellow color matches that of the Sun, meaning they’re both about the same temperature. But otherwise Capella is very different. It consists of two yellow-giant stars orbiting each other every 104 days. Moreover, for telescope users, it’s accompanied by a distant, tight pair of red dwarfs: Capella H and L, magnitudes 10 and 13. Article and finder charts.

The Moon passes 4° south of magnitude 0.6 Saturn at 1 A.M. PDT. It then continues on, headed for a similar rendezvous with Jupiter tomorrow morning. If you’re up early to admire the pairing, also take some time to turn your gaze south, where Scorpius is fully visible above the horizon. One of the constellations that most resembles its namesake, the Scorpion’s long, curved tail sits closer to the ground, while his claws are highest in the sky. His heart is marked by Antares, a red supergiant star shining at magnitude 1. This “rival of Mars” is often mistaken for the Red Planet, thanks to its brightness and color, although Mars itself is not visible this morning (it is currently an evening object). Like Betelgeuse, Antares is an elderly star with enough mass to someday explode as a supernova that would be quite visible — and quite brilliant — from Earth.

Jupiter and Saturn have been emerging into dawn view for the last month. Look for them low in the southeast about 60 to 40 minutes before your local sunrise time. Saturn is the higher of the two, but it’s much dimmer at magnitude +0.8. Jupiter shines at magnitude –2.1 (those values don’t count the atmospheric extinction for objects at low altitudes). Find Jupiter some 12° to Saturn’s lower left: roughly a fist at arm’s length.

Runic half-month of Ehwaz, 3/30-4/13 – Ehwaz, the horse; time of partnership between humans and Nature, as between rider and horse. Nigel Pennick, The Pagan Book of Days, Destiny Books, Rochester, Vermont, USA, 1992, p. 55 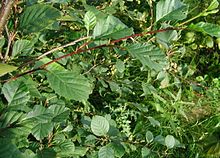 Affirmation/Thought for the Day – The only difference between a rut and a grave is the depth.

Journal Prompt – Wiki – What do you really like about where you live?

~   I celebrate Thanksgiving in an old-fashioned way. I invite everyone in my neighborhood to my house, we have an enormous feast, and then I kill them and take their land. – Author ~   unknown
~   I don’t search. I find. – Pablo Picasso, Spanish artist, born on October 25, 1881
~   I have had more experience in the world than most of you, and I have seen a great deal of the vanity and wickedness of it … I have great reason to be thankful that my lot has been so much better than most slaves have had. – Jupiter Hammon, America’s first published black poet, born on October 17, 1711; ‘An Address to the Negroes in the State of New York’
~   Individuals have rights and there are things no person or group may do to them [without violating their rights]. – Robert Nozick, born on November 16, 1938 – January 23, American libertarian philosopher; from Anarchy, State, and Utopia, 1974

April is here!
Blithest season of all the year,
The little brook laughs as it leaps away;
The lambs are out on the hills at play. – Eben E. Rexford (1848–1916)

Wooden Maypole for tabletop or altar use – http://www.chroniclesofavalon.com/beltane2003print.html [Anja’s edit]

Silliness – You’re A Teacher If…

You believe the staff room should be equipped with a Valium salt lick.
You find humor in other people’s stupidity. You want to slap the next person who says “Must be nice to work 8 to 3:20 and have summers free.”
You believe chocolate is a food group.
You can tell if it’s a full moon without ever looking outside.
You believe “Shallow gene pool” should have its own box in the report card.
You believe that unspeakable evils will befall you if anyone says “Boy, the kids sure are mellow today.”
When out in public you feel the urge to snap your fingers at children you do not know to correct their behavior.
You have no life between August to June.
You think people should be required to get a government permit before being allowed to reproduce.
You wonder how some parents ever MANAGED to reproduce.
You believe in aerial Prozac spraying.
You believe no one should be permitted to reproduce without having taught in an elementary setting for the last 10 years.
You’ve ever had your profession slammed by someone who would “Never DREAM” of doing your job.
You think caffeine should be available in intravenous form.
You know you are in for a major project when a parent says: “I have a great idea I’d like to discuss. I think it would be such fun.”
You want to choke a person when they say “Oh, you must have such FUN everyday. This must be like playtime for you.”
Meeting a child’s parent instantly answers the question “Why is this kid like this?”