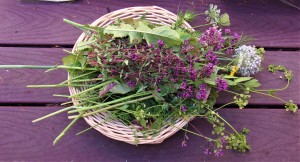 Tuesday evening was fairly quiet. I wrote until I got too tired, then crawled into the nap bed. Tempus too off for the bulk route and I slept until nearly midnight, then got up and started writing again. I quit around 4 and Tempus got in just before 8, so we napped until it was time for Market. 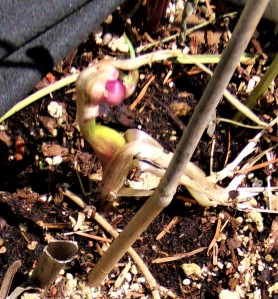 I mostly picked up fruit, but a couple of eggplants and a bag of tomatoes and some lemon cukes. I found the Mallard Farms table finally, and of course, didn’t have their egg carton. Two weeks from now, I understand, but I picked up a bubble bread. I tried some when we got home, but it needed to be toasted. 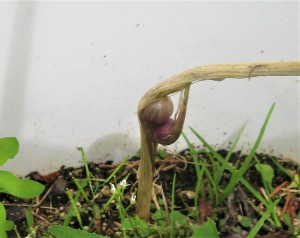 I slept until 1:30, but it was getting hot in the bedroom, so I went out to the living room in front of the fan. Tempus got up around 3:30 and we had air fryer potatoes with our coffee, then put ourselves together to head to the shop.

I did a bunch of prep and then got two recordings done. When they hit youtube I’ll post the links. So, we’re heading home for supper and sleep as soon as this goes out.

Today we’ll open at 1pm. First thing up has to be watering and tending plants. Some of them are not dealing well with the summer light in the windows!

“The Nineteenth Amendment (Amendment XIX) to the United States Constitution prohibits any United States citizen from being denied the right to vote on the basis of sex. It was ratified on August 18, 1920. The Constitution allows the states to determine the qualifications of voters, subject to limitations imposed by later amendments. Until the 1910s, most states disenfranchised women. The amendment was the culmination of the women’s suffrage movement in the United States, which fought at both state and national levels to achieve the vote. It effectively overruled Minor v. Happersett, in which a unanimous Supreme Court ruled that the Fourteenth Amendment did not give women the right to vote. The Nineteenth Amendment was first introduced in Congress in 1878 by Senator Aaron A. Sargent. Forty-one years later, in 1919, Congress approved the amendment and submitted it to the states for ratification. It was ratified by the requisite number of states a year later, with Tennessee‘s ratification being the final vote needed to add the amendment to the Constitution. In Leser v. Garnett (1922), the Supreme Court rejected claims that the amendment was unconstitutionally adopted.” – Wikipedia, More here: –https://en.wikipedia.org/wiki/Nineteenth_Amendment_to_the_United_States_Constitution

Vetiver root – Vetiveria zizanioides, Chrysopogon zizanioides, vetyver, vertivert, khus khus or khus – This is a type of grass that grows long roots, deeper than most other grasses. Often woven into sleeping mats it also smells better than mothballs in sachets. It repels bugs and rats and, used wet, acts as a cooling scented curtain in hot climates. It’s used as a fixative in soaps, and lotions and can be used for acne and other
skin conditions. As khus syrup it is added to foods. Makes a great incense especially combined with sandalwood.  – Feminine, Earth, Mercury, Capricorn – Uplifting. Helps get one through the times when nothing works. Calming for PTSD. Aids in deep sleep and good dreams. (esp. essential oil, called Oil of Tranquility). Helps in processing grief. Attracts money and repels thieves. Can be used to promote love in same-sex couples. More here: https://commons.wikimedia.org/wiki/Category:Chrysopogon_zizanioides

Summer hours are 1-6pm Thurs.-Mon., although we’re often here later as the days get longer. Need something off hours? Give us a call at 541-563-7154 or Facebook message or email at anjasnihova@yahoo.com If we’re supposed to be closed, but it looks like we’re there, try the door. If it’s open, the shop’s open! In case of bad weather, check here at the blog for updates, on our Facebook as Ancient Light, or call the shop.

Astrology, Astronomy and other Stuff

Waning Moon Magick – From the Full Moon to the New is a time for study, meditation, and magic designed to banish harmful energies and habits, for ridding oneself of addictions, illness or negativity. Remember: what goes up must come down. Phase ends at the Tide Change on 8/27 at 1:17am. Waning Gibbous Moon – Best time for draining the energy behind illness, habits or addictions. Magicks of this sort, started now, should be ended before the phase change to the New Moon. – Associated God/dess: Hera/Hero, Cybele, Zeus the Conqueror, Mars/Martius, Anansi, Prometheus. Phase ends at the Quarter on 8/18 at  9:36pm. Waning Crescent Moon –Best time for beginning introspective magicks that are more long term (full year cycle) A good time for beginning knot magicks to “bind up” addictions and illness (finish just before the Tide Change of Dark to New) and “tying up loose ends” God/dess aspects – Demeter weeping for her Daughter, Mabon, Arachne Tyr. Phase ends on 8/22 at 1:17pm.

Venus and the Pleiades – Venus sits near the sparkling Pleiades open cluster on 6/26/22. – Stephen Rahn (Flickr)

Last-quarter Moon (exact at 12:36 a.m. tonight EDT). The half Moon comes up around 11 or midnight tonight, with bright orange Mars only about 2° under it for skywatchers in North America. About 4° upper left of the Moon, spot the Pleiades. 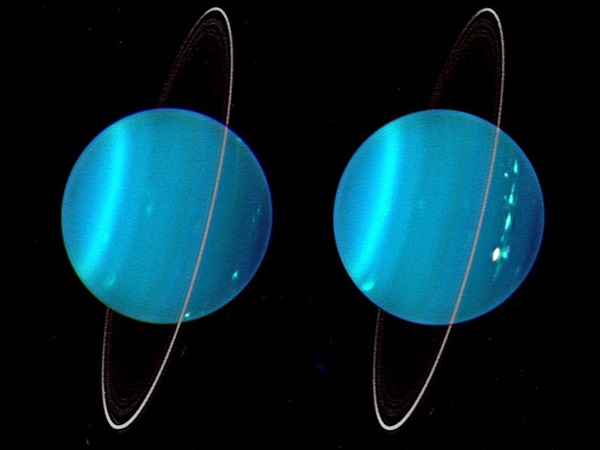 The Moon passes 0.6° north of Uranus at 11 A.M. EDT; an hour before sunrise, the two are 2° apart high in the southeastern sky. Like Neptune, Uranus is faint enough that you’ll need optical aid to see it. Fortunately, the Moon has waned a bit more and shouldn’t wash out the distant planet’s magnitude 5.8 glow too badly in your binoculars or small scope.

Orion the Hunter rises over the Grand Canyon in this image, snapped from the parking area for Yavapai Point. – InSapphoWeTrust (Flickr)

Also visible this morning is Orion the Hunter, fully above the horizon by around 3:30 A.M. local time and more than 25° high an hour before dawn. His famous belt, which contains the three stars Alnitak, Alnilam, and Mintaka, is easy to pick out in the still-dark sky. But the Hunter’s most famous star is probably Betelgeuse, which is typically depicted as Orion’s right shoulder (his figure is most often drawn facing us). This magnitude 0.5 star is an aging red giant whose brightness is variable, changing by about 3x over a period of 11 months. Plus, unexpected changes in brightness can also occur, as happened in late 2019.

Jupiter rises due east soon after the end of twilight, shining at a bright magnitude –2.8 at the Pisces-Cetus border. It’s highest in the south in the hours before dawn. In a telescope Jupiter is 47 arcseconds wide, nearly its maximum. Jupiter comes to opposition September 26th. 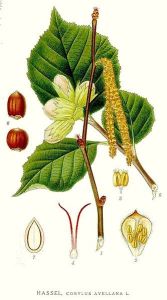 Affirmation/Thought for the Day – Sometimes the most important thing in a whole day is the rest we take between two deep breaths. Breath, enjoy life and feel blessed that you are able to do so…

~   In order to be a realist you must believe in miracles. – David Ben Gurion
~   Never speak more clearly than you can think. – Jeremy Bernstein
~   Old age is not for sissies.- Bette Davis
~   Mediocrity knows nothing higher than itself but talent instantly recognizes genius. – Arthur Conan Doyle

The fires of radium which beam so mysteriously … have just lit a fire in the heart of one of the scientists who studies their action so devotedly; and the wife and the children of this scientist are in tears … – Le Journal, November 4, 1911, referring to physicist Paul Langevin, whose marriage had deteriorated to such an extent by mid-July 1910 that Langevin left the family home for an apartment in Paris, not far from Marie Sklodowska-Curie’s lab, and a scandal erupted in France; Langevin committed suicide because of it. Marie Sklodowska-Curie was born on November 7, 1867

Mabon Magick – Crafts – Some of these have write-ups that will show up here over the next month. Just some ideas to whet your appetite!

Silliness – Sniglet – Any word which should be in the dictionary but isn’t. – mophenes (MO feenz) – n. The semi-truck headlights that invade your motel room at three in the morning.